Ponderosa football is currently ranked #2 in Colorado class 4A football with a 2-0 record. The Mustangs have looked sharp in their first 2 games and have won those 2 games by a combined 83-33. After big road wins against Erie and Chaparral, the Mustangs will look to face Golden High School this Friday at home for the first time this season. The Mustang’s new offense will look for new guys to fill roles including a new quarterback, however, it also appears to be a very fast squad. While the defense will look to build off the leadership from their senior linebackers.

One challenge this Mustangs team faced this offseason was trying to fill a lot of roles with new guys. They have been playing behind a new quarterback in Zach Stryker and also had new guys step up on the offensive line. When I asked coach Jaron Cohen how he planned on overcoming this he said “Just coaching them up and preparing them the best we can.” He also sounded very excited about some aspects of his 2022 Mustangs team. He emphasized that they had tremendous speed and that they were a group that they were “A group that truly enjoys playing with and for each other.” He also emphasized the speed that he had on his team all around.

This year’s leaders and captains of the Ponderosa football team are all 4 seniors Zach Stryker QB, Cape Olson MLB, Ethan Rodriguez LB/RB, and Jack Taylor OL/DL. Not only did coach mention these 4 as the strongest leaders on the team but he also told me that they were voted into the position they are in now by their peers. Meaning that they are respected and trusted to lead the team by their teammates. Having strong captains is a very important aspect of all team sports and that is something that the Mustangs can certainly use to their advantage.

Some names he mentioned to keep an eye on during the games included wide receivers Max Mervin,  Lyam Edwards, and Carson Keach. The wideouts were one position group that particularly stood out when talking to coach Cohen. When speaking about the talent of this group Coach even went as far as to say “ Our WR group is as talented as I have ever coached in over 20 years.” The group has so far been headlined by sophomore Max Mervin who is a 6’1, 175-pound sophomore wide receiver. He has only played in 1 game this season and had 4 receptions for 81 yards and 2 touchdowns. The group will also feature other young guys such as sophomore Ryker Thompson, that have to step up after the graduation of leading receiver Alex Tongren.

He also gave credit to the guys in the trenches on the offensive and defensive lines stating that “Jack Taylor, Andrew Saldana, Kaden Wren, Dylan Neal, and Ryan Thompson have all been a huge reason for our early success.” These positions are guys that don’t get enough credit for how much they contribute to the success of a football team and oftentimes get overlooked because they are doing the dirty work while skill positions get all the love. It is always good to hear a coach give the guys in the trenches the respect and credit that they deserve.

Cape Olson is one of the leaders of the team and especially on the defensive side of the ball. Throughout the first 2 games of his senior season, he has averaged 11.0 tackles per game including 13 solo tackles, and has also gotten the ball carrier behind the line of scrimmage 7 times (Tackle for Loss). He is a 6’0 210 pound linebacker that is extremely strong and also very smart. The offense will be run through senior and first-year starter at quarterback, Zach Stryker. In his first 2 games of the season, he has thrown 19 completions for 232 yards and 5 touchdowns, while also only throwing 1 interception. In his first 2 starts the senior captain has led his offense to score 83 points and is only going to gain more experience and exposure as the season progresses. 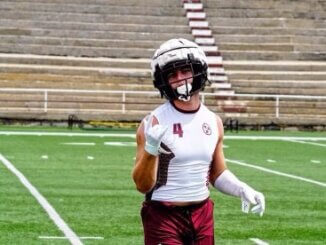 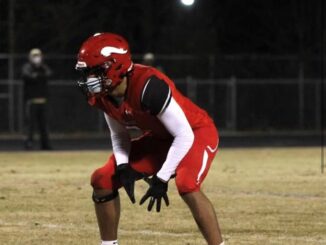 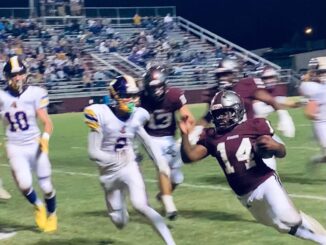 Jennings goes 6-0 after a commanding win over South Beauregard