“All Football, All The Time”

Gridiron Football USA was created to showcase all of the high school, college and professional football teams across 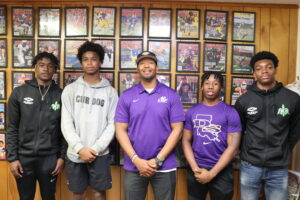 Why do we do what we do? At Gridiron Football USA we feel passionately about football and its ability to reshape people’s lives.  Not only do exemplary football teams build up colleges and towns, but the right guidance from a good coach can drastically reshape a student’s way of thinking and life in general. More specifically our goals include: teaching athletes how to get to college, teaching athletes that there is more to playing football than meets the eye, and educating people about day-to-day actions on football teams. We believe in our motto, “Changing Lives, Improve Communities.” 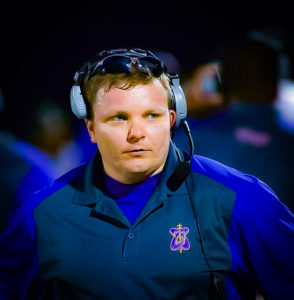 Andrew Bryson developed Gridiron Football USA after years in the football field as well as a lifetime following football in all its forms.  He had always dreamed of coaching and/or working in football.  Andrew has coached high school football, college football, minor league football, and a guest coach for the Canadian Football League (CFL) under Joe Womack former Assistant General Manager for the Hamilton Tigercats.  In 2011 he coached with the freshman Defensive backs  at Dutchtown High school as well as assisting with the varsity team.  Andrew Bryson was the first Intern for LSU Football Operations under Coach Sam Nader, Assistant Athletic Director-Director of Football Operations.  While there he helped with the Defensive Line during summer camps and in addition to daily football operations. He also served as a member of the LSU Recruiting Staff when they had a top five ranked recruiting class in the country.

After a brief stint as an assistant defensive line coach with Southeastern Louisiana University in 2013 he decided to create a company that promotes all twelve college football teams in the state of Louisiana.  Andrew nurtured and grew  Gridiron Football L.L.C. from one follower to over 50,000 followers.  Under his guidance Gridiron Football routinely gets over a million hits on Facebook monthly and over 2.5 million during the football season.  More recently his company has developed a monthly magazine which is available online, on our app, or in print.  He maintains a commitment to both providing positive media coverage and giving back to the community as a whole.   Andrew has developed strong working relationships with all 12 college football teams in the state of Louisiana, and has become one of the few NFL insiders in the state in Louisiana.

While not working on his magazine, Bryson lives with his wife, son, and  two dogs.  Aside from football he enjoys fishing, camping, and building furniture. 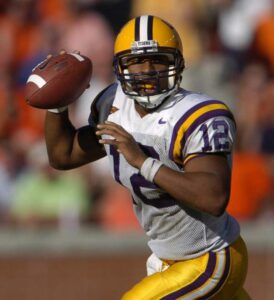 Marcus Randall is a former National Champion QB at LSU and former NFL football player. Marcus Joined the Gridiron Football Staff in 2018. Marcus is the host of the Randall Corner and football camp coordinator for Gridiron Football.

Randall came to LSU from nearby Glen Oaks High School in Baton Rouge, Louisiana. His brother, Eric Randall, had been a well-known quarterback in the area, leading Southern University to a Black College National Championship in 1995. In 2002, Randall became the starting quarterback halfway through the season, after starter Matt Mauck was lost for the year with a broken foot. In 2003, he saw limited action behind Mauck during LSU’s run to a BCS National Championship. In 2004, he started the majority of LSU’s games, but split time with redshirt freshman JaMarcus Russell. During his career at LSU, Randall threw for 2,845 yards, 18 touchdowns and 12 interceptions. He also threw the game-winning touchdown against Kentucky in 2002,[1] now known as the “Bluegrass Miracle“.

Marcus serves as the Chief Operating Officer for Gridiron Football. 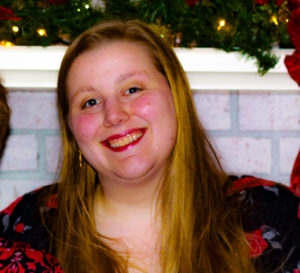 Kristen Bryson fills in a lot of gaps here at Gridiron Football.  She writes articles, edits portions of the magazine, and works with the interns who regularly come to work with LGF.  Kristen is a graduate of LSU and started loving LSU football when she watched Glenn Dorsey play during her freshman year of undergraduate at LSU.  She is passionate about the growth and progress of student athletes.  Kristen works hard to encourage and nurture fresh young writers and football players alike.  In her free time Kristen likes drawing, reading, and playing with her black Labrador. 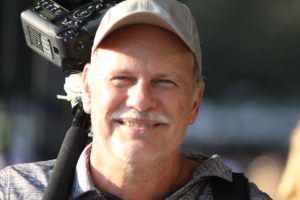 Jason is an Engineer by degree. His love of photography has allowed him to create a creative outlet from the technicality world. He is a self taught, serious amateur photographer who has been at it for 30 years. Sports is a new photographic adventure for him as most of his time has been traveling photographing his favorite outdoor places. He really enjoys the photographic freedom of digital photography. 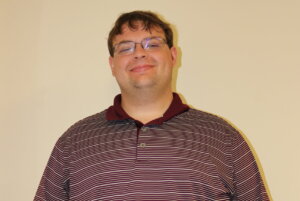 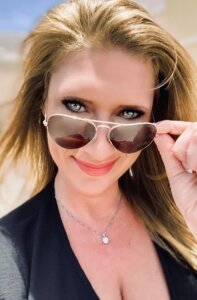 Amber joins Gridiron Football as a highly respected business professional. She is the owner of A Shore Thing in Orange Beach, AL. Amber has become a mentor to women in the business community.

What people are saying about LGF

“Thank you for all you have done for me” -Leonard Fournette

“By advertising with LGF, I have seen a tremendous increase in my online activity” –Pat Jones

“LGF is a real interesting company since they cover in-depth coverage of the game”-Matt Sullivan, Sport Information Director UL-Lafayette

“LGF has done such a great job covering us, publicizing us, and helping fill our stadium this season” –Coach Brandon Lacy, Defensive Line Coach for the Southeastern Lions

“Great up to the minute info, pictures, and interviews”-Rudy Pepper