Roman Pitre is a 6′ 6″ 216 lbs. outside linebacker for University Lab High School in Baton Rouge, LA. Roman is a 4-star recruit with an 8.3 overall rating and is a member of the class of 2022. He has offers from the University of Virginia, Tulane, and the University of South Alabama and received his first offer to play at the next level after his sophomore performance. Used in both the blitzing and coverage schemes for the Cubs, Roman is a heavy hitter and lead-by-performance type of leader. With his speed and open-field tackling capabilities, Roman is a nightmare for any offensive player.

I’d say about 8, I played for a peewee team. My dad got me into it. After that, I quit football and didn’t play until 8th grade. I wanted to stick to basketball but when I came to U-High a lot of the parents told me, “You should try football.”

What is your favorite part about outside linebacker?

It’s not a lot of thinking, it’s just instinct. I get to do a little bit of everything, I get to play coverage and I get to blitz a lot. So I like to get the best of both worlds. I can get a sack and I can get an interception.

Do you think of yourself as a leader or do you look up to another guy?

I think I’m a leader by action. I’m not going to scream out there, I’m just going to go do my job.

Probably when I got my first offer. It was to the University of Virginia. It was after my sophomore season and I wasn’t really expecting that.

I’d say I’m a hard worker. I’d say my coaches would call me a hard worker. My teammates would probably say the same. They never see me down in a game, even when it gets tough I’m not going to be sad or holding my head low and sulking. I push through.

I’d say to be consistent. Consistency matters a lot. You cant have a single great game and go back to being average or keep having okay games.

Charles Snowden from the University of Virginia. The two outside linebackers at UV now are who I try to emulate. They’re both tall and can drop back into coverage and they both keep the quarterback contained. They both are who I try to look at. One can keep the quarterback moving while the other one is smaller and can cover better. I’d like to have both of those aspects in my game.

Probably all the colleges that are looking at me and the potential I have. That’s probably what motivates me because I don’t want my parents to have to pay for college, so I keep that as motivation. I have a younger brother and sister and they’re my motivation too. 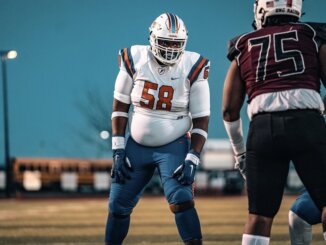 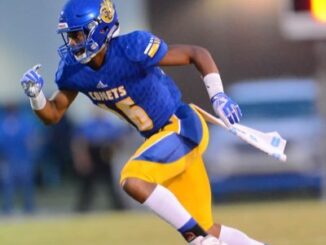 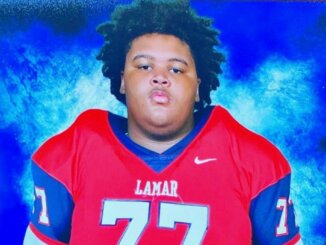