NEW ORLEANS —  Rickey Jackson knows what it takes to be a man. But it’s more than dominating a football field, winning a Super Bowl or earning his way into the NFL Hall of Fame. Jackson knows being a man means taking care of yourself so you can take care of the people in your life.

That’s why he – along with several other New Orleans Saints legends – is partnering with Tulane Health System to raise awareness of prostate cancer and provide free PSA screenings to any eligible men. Theevent will take place on Saturday, Sept. 10, in Tulane Medical Center’s main lobby from 10 a.m.-1 p.m.

In addition to the free screening – a quick blood draw that can help determine one’s risk of prostate cancer – participants will have the opportunity to meet and have pictures taken with former NFL players and hear Jackson’s personal testimony about his prostate cancer diagnosis and recovery. In addition to former New Orleans Saints linebacker and NFL Hall of Fame inductee Jackson, other players scheduled to appear include Vaughn Johnson, Pat Swilling and more.

“We want to kick off the NFL season by doing something that can have a real, positive impact on our community,” said Jackson, who noted the event will take place a few blocks from the Superdome on the day before the New Orleans Saints play their first game of the season. “The guys I played with know what I faced with my cancer diagnosis, and they were more than willing to help raise awareness and get men to a screening.”

The event will also feature games and prizes for kids, as well as other health information provided by Tulane experts. Also, everyone who receives a PSA screening will be eligible to win memorabilia signed by Rickey and other former Saints.

“We are excited we can offer men this quick and relatively painless blood test called a PSA to screen for prostate cancer,” said Dr. Raju Thomas, chair of the Department of Urology at Tulane Health System. “PSA screening is used to pinpoint patients that may be harboring cancer or other conditions such as an enlarged prostate.”

“I want people to know about this silent killer,” Jackson said. “My uncle died from prostate cancer so I know it can take you out. I thought I was perfectly healthy when I found out I had prostate cancer.

“I didn’t play around. I got aggressive and now I’m cancer free!”

Other than skin cancer, prostate cancer is the most common cancer in American men. According to the American Cancer Society, about one in seven men will be diagnosed with prostate cancer during their lifetime. However, when found early and treated, prostate cancer has a 98 percent 10-year survival rate.

Men and families of all ages are invited to attend the event, but screening space is limited. PSA-eligible men participating in the screening can register at TulaneHealthcare.com. 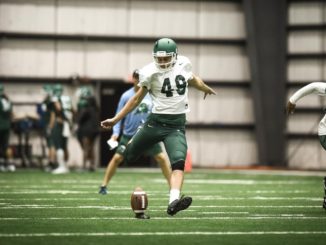