Wando High School is located in North Mount Pleasant, South Carolina. The football team competes in South Carolina AAAAA Region 7 and is currently the largest school in the state.

The team is led by 3rd-year head coach Rocco Adrian, who I recently had the chance to talk to about what the team has in store for the 2022 season.

Coach Rocco emphasized that he is working to build his program around the objective of building well-rounded young men, with a secondary goal of winning games. He hopes that coming into his 3rd season as head coach that the work his team has been putting in behind the scenes finally shows up on paper. In his first 2 seasons acting as head coach, Adrian has amassed a record of 4-11, but it doesn’t tell the story of how the Warriors have progressed in that same time. Rocco stated “Were working towards building tradition, there’s a sense of pride in this group that I think was hard for the teams in previous years to build without being able to work together in the off-season.”

When I asked Rocco about what he was most excited for in the upcoming season he told me “To see what this group of guys can do with a full offseason. We have been competing in everything we do and the guys are just really focused”. There have been some fundamental changes in the program, from an improved weightlifting program to other off-the-field improvements such as competitions to bring a newfound sense of pride to the players. The team will rely on leadership from guys like senior Mikey Rosa, who will be a returning starter at the middle Linebacker spot. “Mikey is a guy that really sets the example and that other players look at and see his success from last season and say what do I need to do to play like that?” Another guy that coach emphasized as a leader on the team was Brooks Lemke, “Brooks started at receiver for us last year but he saw that we needed a quarterback and decided he wanted to step up and prove he’s that guy. He just wants to win. He is a very selfless player and really just wants to win games at all costs”

The strong leadership on the 2022 squad combined with a full offseason is sparking a new pride in the Wando team coming into Rocco Adrian’s 3rd season as head coach. The team is highlighted by an electric receiving core with Kelby Cash and Zayden Mauldin, who can both take the top off your defense with their track speed, or be used as a flex player in situational football. The speed on the outside is matched with a powerful run game starring AJ Gathers, and expect a breakout year from sophomore running back Reggie Grant with an increased volume of touches in the run game.

The defense will also feature a pair of 3rd-year varsity players and returning starters, in outside linebacker Landon Berry, and strong safety Connor Theriault.

Rosa is coming off a first team All-Conference and All-Lowcountry season. He is a hard-nosed linebacker that has a strong sense of awareness on the field. He can fit the run and fill gaps, as well as cover from sideline to sideline from the middle of the field. He serves as the leader of the defense and headlines a very experienced and talented linebacker core for the Warriors.

AJ has served as the short-yardage back the previous 2 seasons for Wando but plans to take on a bigger role. He is a powerful runner who can hit the hole hard and break tackles at the second level. He has a very physical run style and is not afraid to put his shoulder down and run through defenders. In his first season as the full-time starter, AJ has an opportunity to showcase his running abilities beyond just power and will take on a role of a 3-down back.

Coach Rocco sounded very excited about this upcoming season for Cash. He has the speed to take the top off the defense and has a versatile skill set on the offensive side of the ball. He is an explosive athlete that can contribute on all 3 levels of the passing game and will be a leader in Wando’s passing attack. The Warriors also plan on utilizing his athleticism on the defensive side of the ball this upcoming season by playing him at cornerback.

Another 2-way player for the Warriors that possess a similar skill set as Cash. Mauldin is a guy who can get the ball in the short passing game and turn it up field and make big plays. He can also be used in the run game as another option. He is a guy the Warriors will look to get the ball in his hands as often as possible.

One of the strongest guys on the team that can create havoc in the trenches. Skyler can play any spot on the DL and is very disciplined in both the run and pass. He holds his gap assignments well and has the ability to dictate plays from the inside. He plays very physical and matches his power with an extremely fast first step off the ball. He also plays full back for the warriors. 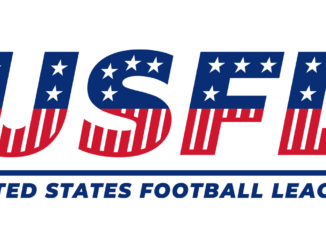 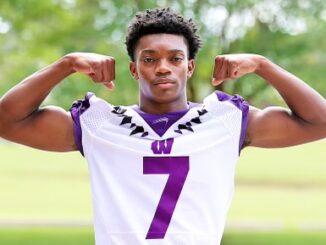 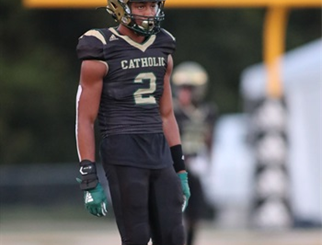