On this beautiful night, the McKinley Panthers matched up with the Dutchtown Griffins. Dutchtown started with possession from their own 43 and after a six play drive, Baylor Langlois was able to punch it into the end zone from two yards out. On the ensuing kickoff, McKinley was not able to get control of the ball and the Griffins recovered on McKinley’s 21 yard line. Dutchtown did not let this field goal position go to waste, getting a touchdown on a 15 yard run from Dylan Sampson just four plays after the fumble. After a great return, the McKinley offense was starting their first drive of the game from midfield. The Panther offense was rolling out of the gate. In only six plays, they were able to get to the 1 yard line after a 24 yard run by Jeremiah Allen. However, the Panthers were unable to get into the end zone after two penalties and three straight incompletions.

The Griffins, up two scores, started the second half with the ball on their own 13 yard line. Just one play into their drive, Royce Handy jumped a bubble route, intercepted the pass, and brought it to the house to put the Panthers on the board. The score now 14-6, the Griffins were looking to get back on the board. Starting from McKinley’s 48 after a penalty, the Griffins decided to run the offense through their senior running backs Baylor Langlois and Dylan Sampson. Taking only 6 plays, Dutchtown was able to get a touchdown on a Langlois 7 yard run. McKinley got the ball back on their own 12 after a muffed return. After getting a first down, the Panthers were looking at 3rd and 6 still deep in their own territory. Jeremiah Allen, still at quarterback and with no real option to throw to on the play, was looking for Brain Mack but was intercepted by Tanner Vadnais giving Dutchtown possession once again with good field position.

Starting from the 34, Dutchtown was able to get to McKinley’s 6 yard line after two chunk runs from Dylan Sampson. Baylor Langlois was called on again to get the ball in the endzone and he did so on a six yard run. The score now 27-6 with just 3 minutes to go in the second quarter, McKinley decided to start off the drive with the ball in the hands of Jeremiah Allen. On the first play of this drive, Allen was able to break off a 20 yard run which put McKinley in enemy territory. However, the drive stalled after this run and McKinley was forced to punt. Starting from their own 33 up three scores, Dutchtown elected to rely on their senior running backs once again but this time as part of the passing game. Sampson had a 14 yard catch and Langlois had two catches for 41 yards. These passes got the Griffin offense down to the two yard line where Sampson punched in the touchdown and put Dutchtown up 34-6 right before the half. McKinley started with the ball after halftime, and after two plays a fumble gave the ball back to Dutchtown right at the goal line. Jaedon Brown got the rushing touchdown to put the Griffins up 41-6 which proved to be the final score.

Next Game: vs East Ascension at McKinley Friday, October 29th at 7:00 p.m. 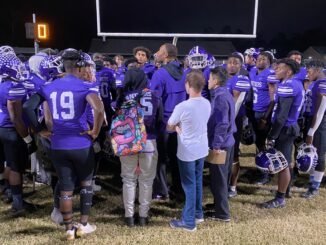 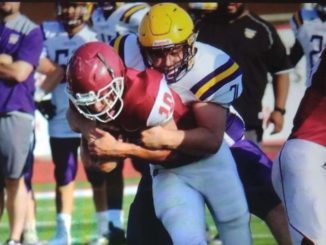 Diamond In The Rough: Kobe Berger 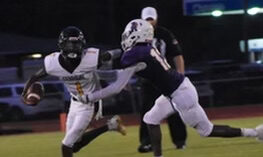