HAMMOND, La. – The Southeastern Louisiana football team will feature plenty of new faces when it opens the 2016 season at No. 19/21 Oklahoma State at 2:30 p.m. on Saturday in Boone Pickens Stadium.

When the Lions take the field against the nationally-ranked Football Bowl Subdivision foe, 45 of the 76 active student-athletes forSaturday’s game will be making their on-field debut in a Southeastern uniform. For fifth-year SLU head coach Ron Roberts, facing a Power 5 opponent will be a valid early challenge for his young, talented squad.

“We’re excited to open the season with a huge test for our team right out of the gate,” Roberts said. “We’ll have a good indication of where we are on a national level after playing a team as talented as Oklahoma State. We have to concentrate on us this week. If we can execute and have everyone do their job, we will be pleased with the effort.”

Saturday’s game can also be heard on the Southeastern Sports Radio Network and will be called by Mark Willoughby and Robbie Rhodes. Fans can tune in to the flagship station of Southeastern Football, KSLU-FM (90.9), as well as Kajun 107.1 FM, The Highway 104.7 FM and WFPR-AM (1400). Fans can also listen online at www.LionSports.net/listenlive or via the TuneIn Radio app. Live stats, provided by Oklahoma State, will also be accessible at www.LionSports.net.

Oklahoma State will be the highest-ranked FBS opponent Southeastern has faced since traveling to then-No. 5 Ole Miss on Sept. 19, 2009. Saturday’s game will also mark the first game for the Lions in the state of Oklahoma since a 35-14 win over Cameron on Sept. 25, 1976 in Lawton, Oklahoma.

Senior quarterback D’Shaie Landor will be the leader of the Southeastern offense for the second straight year. 2015 All-Southland Conference junior guard Travis Romero is the leader of an offensive line that features a deep group mixed with veterans and new faces.

Romero and company will be clearing the way for a talent-laden backfield. Last season’s leading rusher, sophomore Julius Maracalin, returns after leading the team with 590 yards and three touchdowns. Junior Eugene Bethea also is back and the SLU rushing attack will be bolstered by senior Rasheed Harrell, who missed all of 2015, and the addition of junior newcomer Darius Durall.

On the defensive side, seniors Solomon Parker, Javari Nichols, Trent Williams, Anthony Murphy, Miki Fangatua and Jon Taylor provide the Lions with an experienced nucleus up front. Seniors Tre’ Bennett, a 2015 All-Southland performer, and Caleb Young are both back at linebacker, where newcomers Sione Teuhema, Lee Spight and Abraham Freeman are expected to make an immediate impact.

Much like the receiving corps, the SLU secondary features a myriad of new faces. Senior Will Hines, junior Ryan Sigers and junior Demareyeh Lane are the most experienced defensive backs on the roster in terms of games played for Southeastern, while the Lion secondary also will be enhanced by the return of junior Javon Tillman, who was granted a redshirt after a season-ending injury early in 2015. Newcomers Torrance Mosley, Max Lyons, Mayori Ellison and Brayleon Thorns are all slated for big roles as pass defenders in 2016.

Sophomore Jonathan Tatum has shown consistency during fall camp and returns to handle placekicking duties, while junior newcomer Dillon Burkhard is expected to be the team’s kickoff specialist. Freshman Ivy Wall and junior Jim Speights have split punting reps in the preseason. Tillman and Durall will look to make a difference in the return game.

Mason Rudolph returns under center for the host Cowboys after throwing for 3,770 yards and 21 touchdowns a season ago and leading OSU to a 10-3 finish. James Washington (53 catches, 1,087 yards, 10 TD) returns to lead the Oklahoma State receiving corps, along with Covington native Jalen McClesky (29-253-3 TD).

The team’s leading rusher in 2015, Chris Carson, is back after rushing for 557 yards and four touchdowns a season ago. 2015 All-Big 12 Conference performers Jordan Burton, Chad Whitener and Jordan Sterns return to lead the Cowboy defense.

Saturday’s game will be the first of two away from home to start 2016 for the Lions. Next Saturday, SLU will travel to Southern Utah for a 7 p.m. (CDT) contest versus the Thunderbirds in Cedar City, Utah. The game be heard on the Southeastern Sports Radio Network. Fans can tune in to the flagship station of Southeastern Football, KSLU-FM (90.9), as well as Kajun 107.1 FM, The Highway 104.7 FM and WFPR-AM (1400). Fans can also listen online at www.LionSports.net/listenlive or via the TuneIn Radio app. 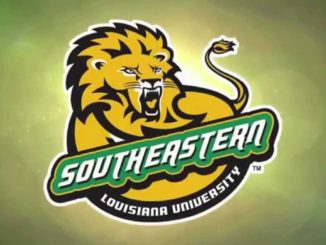 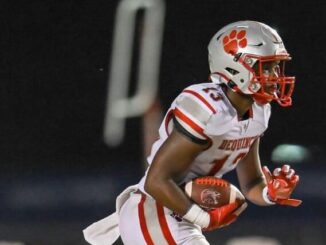