WINSTON-SALEM, N.C. – The Willie Fritz era kicked off on Thursday night for Tulane football (0-1), but the home team, Wake Forest (1-0), spoiled the debut as the Green Wave fell just short in a 7-3 battle at BB&T Field. The Olive and Blue struck on their opening drive, claiming a 3-0 lead, but the Demon Deacons retaliated by beginning the second quarter with a 12-play, 53-yard drive that resulted in the lone touchdown of the game and the final 7-3 score.

“It was very disappointing,” Fritz stated. “We had a few passing situations, and obviously that is not our strength. We had a tough time protecting tonight and it was a four-man rush most of the time. The whole last series was a two or three-man rush. It was just a lot of guys playing their first ball game. Everybody has to do their job, and someone has to make a play.”

Tulane’s opening drive went eight plays, 51 yards in four-and-a-half minutes, resulting in an Andrew DiRocco 41-yard field goal for the game’s initial score. However, Wake Forest’s Kendall Hinton punched in a one-yard touchdown run with 14:16 left in the first half, marking the final score of the game.

The Wave ground game and defensive effort pushed Tulane into opponent territory twice in the second quarter, but one drive was stalled by back-to-back penalties, while the second was halted on a four-and-out on Wake’s 28-yard line.

The defensive battle waged on in the second half as only 110 total yards were accumulated by both squads in the third quarter. With Tulane still trailing 7-3 midway through the fourth quarter, and facing a 3rd-and-22, quarterbackGlen Cuiellette connected with Josh Rounds on a 46-yard pass that moved the ball to Wake’s 32-yard line. Later facing a 4th-and-3 on Wake’s 16, Cuiellette’s rush attempt fell short, losing two yards on the play, resulting in a turnover-on-downs with 4:22 remaining.

However, Tulane’s defense delivered once more, halting the Demon Deacons after six plays to get the ball back on their own 36-yard line with 1:35 remaining. On a 4th-and-10, Cuiellette connected with Devon Breaux on a 17-yard catch out-of-bounds on Wake’s 47-yard line. Yet three plays later, Tulane couldn’t convert on another fourth down, turning the ball over and thus closing out the game.

Up next, Tulane will come home to Yulman Stadium when they host Southern University on Saturday, Sept. 10, at 7 p.m. CT on ESPN3. 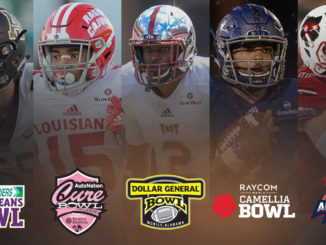 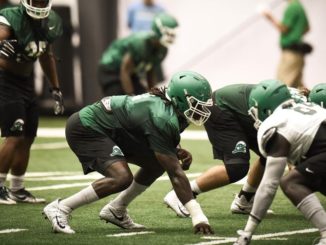