Derell Bedingfield Jr is a 6’2’, 190lb outside linebacker from Cleveland, Ohio. He attends Benedictine High School, which is one of the most prestigious college preparatory Catholic schools in Ohio. Bedingfield is long, athletic, and quick off the edge. He’s an excellent run defender with solid cover skills. He is in the class of 2022. He has held a 3.3 GPA while attending and is the head of the Black Cultural Organization where they pride themselves in accepting and teaching everyone about the presence black culture has had on society. Bedingfield has been 3rd team All-Ohio in Division 2 and led the team his Junior season in tackles and sacks. He is also a part of the Track & Field team at Benedictine. He holds offers from Cincinnati, Eastern Michigan, Old Dominion, Toledo and Akron.

What motivated you to get into playing this sport? I didn’t want to play at first, but being the only child for about 8 years and then growing up around all females, football gave me the brothers I never had.

What does football mean to you? Football is life! it’s an opportunity to earn everything you ever dreamed of and wished for.

What would you say was your favorite part of the past season? What’s the biggest thing that you learned? My favorite part of last season was losing to Archbishop Hoban(state champions) in round 4 of D2 playoffs. I heard the announcer say, “We will now commence with a running clock” and since we’ve lost, I’ve used it to motivate and push myself to heights I’ve never reached.

How was the playing atmosphere with the new restrictions? The new restrictions helped more of the mental aspect of the game to have discipline to not hang out with yours guys or go on vacations. You had to be mentally strong.

Even though next season isn’t very close yet, is there anything you are looking forward to or wanting to work on yet? I honestly just want to get my scholarships so my family doesn’t worry about college tuition. I want to work on my pass coverage the most.

What would you say are your main strengths on the field? My strengths are that I’m self motivated on the field. Usually, guys need music or trash talk, I go out and can do my job in a full or empty stadium. My hands and feet are quick and coordinated and I can come around an edge with velocity that most guys can’t.

How do you think coaches and teammates would describe you? I would probably be described as a guy who would run through a brick wall for his guys. A hard nose, blue collared man who’s disciplined and confident yet remains humble.

What’s your favorite thing about playing football in Ohio?  In Ohio you get the toughest guys to play every week. They play in hot autumn and the toughest winters year in and year out, we have grit so to play these guys every year is a rush.

Three words to describe yourself?Persistent, if i want it I’m going to try my best and get it.

Courageous, I’ll take the steps others won’t in order to achieve a certain goal, whether football, a job or in my daily life.

Gaudy, I’m a good person and player and you’re going to know it if you meet me, I brighten up a room.

What hobbies do you have outside of sports? Outside of sports, I’m a casual person, I don’t party or do big events. I like to chill with family and friends most of the time.

How do you balance your schoolwork and football?  I manage school and football by always remembering I am a student-athlete. I have to be a great student in order to be an athlete.

What would you tell younger players who want to play high school football one day? Some advice to younger guys would be to always ask for help. It can get tough sometimes, don’t be afraid to ask a teacher for help on work or ask a coach to spend some extra time in film sessions. Always be open for new opportunities, the best ability is availability.

Do you have a favorite NFL or College Athlete? y favorite NFL player is Jerome Baker, Miami Dolphins OLB. We came from the same neighborhood, same little league team and same highschool. The same colleges that pursued him are pursuing me, so I feel as if divine intervention has made our relationship possible right now. 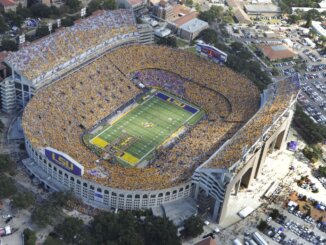 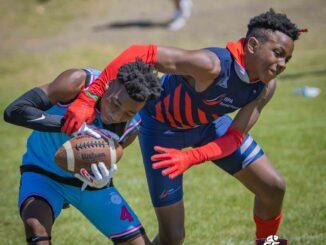