Corinthian Walters is a 5’11, 195-pound SS, CB, WR, and RB out of Southwood High School in Shreveport, LA. When it comes to making plays this class of 2023 prospect does not shy away from the competition. His ability to be flexible in the game is what makes him a key player. He is a versatile player which makes him a key player in the game. He is very proud of making the all-team district for his junior season as well as a GPA of 3.1 in the classroom. Corinthian is a player you want to look for without a doubt on the field.

I started playing around the age 9-10. I played for a little league called United Conquers.

Growing up I also played basketball, ran track, and powerlifting.

Have you always played your position or did you play any other positions?

I played tight end, linebacker, and running. Over the past few years, I have been training in a few different positions but practicing with them helped me figure out which position I liked and was best at.

Who would you say some of your biggest influences are?

My mom and my dad. They are the people that push me to be the best person and player I can be. They make me want to work harder each day.

Who would you say your favorite NFL player is or who do you model your game after?

Jalen Ramsey is the wide receiver for the LA Rams. I like his playstyle. It is very aggressive and physical.

What has been the highlight/biggest accomplishment of your football career so far?

My junior season. It was the second game of the season against Woodlawn High school. I had a pick 6 and a couple of tackles which led to a forced fumble.

What motivates you to get out and practice every day?

I want to be the best. The end goal is to make it pro and just keeping that goal in my mind is what drives me to want to play and perform my best.

What do you feel are your biggest strengths on the football field?

My IQ. I like to watch films and study plays. It helps me when I get out onto the field, I can help make plays if I have a sense of what the other team is doing.

What would be your my cleats my cause?

My cause would be hunger. Giving back to the community/ those in need, especially those who don’t have much or any food is important. 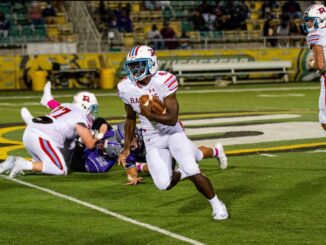 Diamond in the Rough: Ahmad Garner 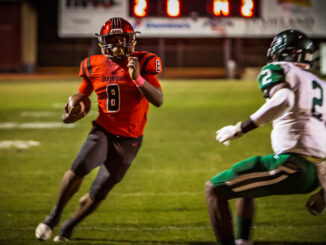 Diamond In The Rough: Iverson Celestine 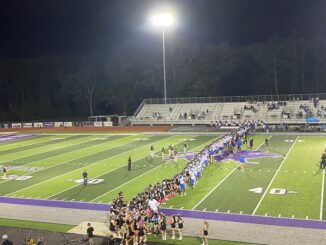