Thad Rucker is a class of 2022 LB and S for Newberry high school in Newberry, FL. Thad is 6’2 and weighs 195. He runs a 4.6 40, benches 310, squats 385, deadlifts 405, cleans 265, sports a 3.9 GPA, and was named second team all-region. Thad displays great effort and tackling; when watching his film, you’ll notice he’s constantly cleaning up everyone else’s missed tackles and finishing plays. He’s also taken snaps under center and is the team’s kicker as well. Overall, Rucker offers great hustle, versatility, athleticism, and sound tackling.

How long have you been playing football? I started when I was eighth playing flag then moving on to tackle.

Do you play any other sports? Weightlifting.

What made you choose to play LB and S? Well, it’s not really a choice thing it’s where the team needs me.

Which of the two do you prefer playing? Linebacker, I like being in the box.

Can you play any other positions? Yea I’ve gotten snaps at quarterback and I’m the kicker as well.

Is there a player you can compare yourself to? Not really, I just like to do my own thing.

Do you have any role models? Yea, Tom Brady’s work ethic and how he wills the team to win.

What are you doing to get better? Working out five days a week and still watching film from last season.

Do you have any goals for this season? Yes, 60 plus tackles.

What is your favorite part about playing LB and S? Flying around and being around the ball as much as possible.

What do you think is the most important part about playing LB and S? Aggressiveness flying to the ball.

What sets you apart from others? Being able to truly play both positions, I can drop back into coverage and step in the box and play linebacker and safety.

Why should colleges give you a chance? I can play both positions and my work ethic, I’m the first one in and the last one out.

What area of your game needs work? Probably my pass coverage. 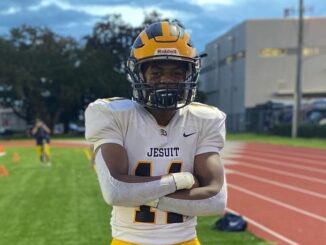 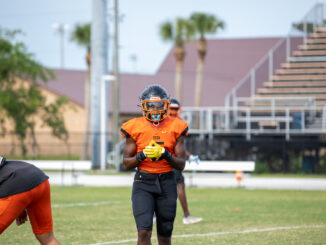 Diamond in The Rough: Oj Ross