Photo given to me by Alex Henry.

Alex Henry is a class of 2023 quarterback out of Chardon High School in Chardon, Ohio. Standing at 6’2″ and weighing 195 pounds with a 3.5 GPA, the senior has a 4.65 40-time, can squat 365 pounds, and can bench a 215 pounds. Henry has been described as a true leader for the team, who leads by example the most. Earlier this week, I had the great opportunity to speak with Henry.

Q: Why do you play the game?
“I play the game not only because it’s a passion of mine, but because the amount of life long friendships I have made through the 10 years I’ve been playing is absolutely unbelievable. Not only with teammates, but I’ve also become friends with opponents I play against. Another reason I play is just because of the community in Chardon. It’s hard to explain because in my opinion I feel like it’s so rare… but when you know you have a whole community by your side on a Friday night it’s truly one of the best feelings ever.”

Q: Where do you see football going in your life?
“I feel like being on a football team the past 10 years will take me pretty far in life. Not because of playing the game, but because of the amazing coaches I’ve had throughout my career. [They are teaching us the X’s and O’s, but they’re also] teaching us how to be a great man to our family, co-workers, and even just random strangers we see. Coach Hewitt is a big part of that for sure… I wouldn’t be the man I am today if I haven’t been around him throughout my high school career.”

Q: Speaking of Coach Hewitt, what’s the biggest lesson you’ve learned playing football?
“He will always mention how football won’t last forever but your character will. He’s a big stickler on picking up the small details, because in the future we’re all gonna be competing for jobs and the little things might be the reason we do or do not get that job. He also loves bringing up the brotherhood. Knowing your teammate next to you will sell out for you no matter what is one of the most truly stress relieving things ever. I feel like with all the off season training we all go through together it just makes our relationship throughout the team stronger and stronger each day!”

Q: What does football mean to you?
“Football means the world to me… I’ve literally been playing it my whole life I feel like, so it’s really all I know. I had some of the best memories of my life playing this game. I’ve met so many people through it and I couldn’t imagine where I’d be without it.”

Q: What challenges have you overcome?
“I would say the biggest thing is injuries. I recently broke my ankle during basketball this past season and basically had to get complete reconstructive surgery on it. Not being able to participate in off season workouts and all that my senior year was definitely tough, but it made me realize how fragile it is and how grateful I need to be.”

Q: What motivates you to keep playing, especially after that injury?
“I would say the biggest thing is that brotherhood that I was talking about earlier. I would work my butt off just to make sure I didn’t let my teammates down and make sure I would be healthy and on the field with them by the time the season came around. The other thing is just the community. Everyone knows everyone here and looking up in the stands and seeing every seat filled (and then more people standing on the fence because there’s no room) is just amazing. That’s all the motivation I need to want to get back onto that field healthy!”

Q: How do you balance sports with your other responsibilities?
“I would say time management is a huge factor in that. My phone is a very addicting thing, but during the season I am not on it nearly close to as much as I usually am because of school and football. I have to make sure I leave enough time for homework when I get home because I usually have that everyday, and then I have to get time in for film and dinner. By the time all that’s done, I’m ready to fall asleep so there’s definitely not much free time during the season.”

Q: Do you have a favorite football memory?
“I would definitely say winning states last year. Winning it the year before as a sophomore was definitely cool, but actually starting on the team definitely made the experience 10 times better!”

Q: How do you stay trained and in football-shape during the offseason?
“I would say having great coaches that get us ready all year long is a big part of that. Coach V is our strength and conditioning coach, and he’s a big part of our success. He gets us right in the weight room. Another big thing is just player-lead drills at the field when no coaches are there. When players want to get extra work at the field and it’s not mandatory, that’s definitely a huge part to being successful.”

Q: How are you looking to improve your game?
“Just making sure I’m going hard all 48 minutes. It’s very demoralizing going against teams that have players that will play the full 4 quarters, so I feel like if I can be one of those dudes then it can be very impactful!”

Q: On the other side, what is the strongest aspect of your game?
“Leadership is a big thing I pride myself on. When I was a backup QB my Sophomore year (behind Drew Fetchik), I learned a lot of little things from him. Now, being a senior, I feel like there’s even more pressure on me when times get hard. So if I’m calm in the huddle and always motivating my guys, I know we’ll be alright.”

Q: What are some goals you’ve set for yourself?
“Obviously, I feel like ending my high school career with another state championship under my belt would be very cool, but I think the biggest goal I’ve set is just how I want to be remembered. Obviously, on the field, I want to be remembered as a great player but off the field is where I really want to be known. I always remembered going to games as a little kid and always looking up to the players like they were pros or something. I know whenever I do something as little as take a picture with a little kid or something, it’ll make their day. That’s always something that I’ve been very big on.”

Q: Do you try to model your game after any players, pro or collegiate?
“I don’t watch NFL that much. I would definitely have to say, out of all levels, Lamar Jackson is definitely a role model. I just love the swag he carries himself with, ever since he’s been in high school. I also like how everyone doubted him and thought he wouldn’t do anything in the NFL, and he proved them all wrong.”

Q: What is your favorite part of playing quarterback?
“Being quarterback is a very humbling spot especially in the offense we run where I have the ball in my hands a lot. So knowing that I can change the game is very cool, but on the other hand the QB always ends up having to take the blame for any problems, so that’s always stressful but knowing my dudes will rely on me when things get hard is always nice to think back on.”

Q: Do you consider football to be more physically challenging, mentally challenging, or a bit of both?
“I feel like it’s definitely a little bit of both. The amount of ups and downs in not only a football game but just a whole football season is very overwhelming on the brain and really tests your mental strength. The physical side of it is also very challenging too, because by weeks seven or eight, you’re already dinged up pretty bad. And if you want to make it to the state championship, you’re gonna have to play another eight weeks after that. So it definitely takes a toll on your body.”

Q: What is something you want your coaches to know about you, past, present, or future?
“Just how much I appreciate them and that I truly appreciate how tough they’ve been on me. I wouldn’t be the player/man today without them!”

You can watch his highlights here. 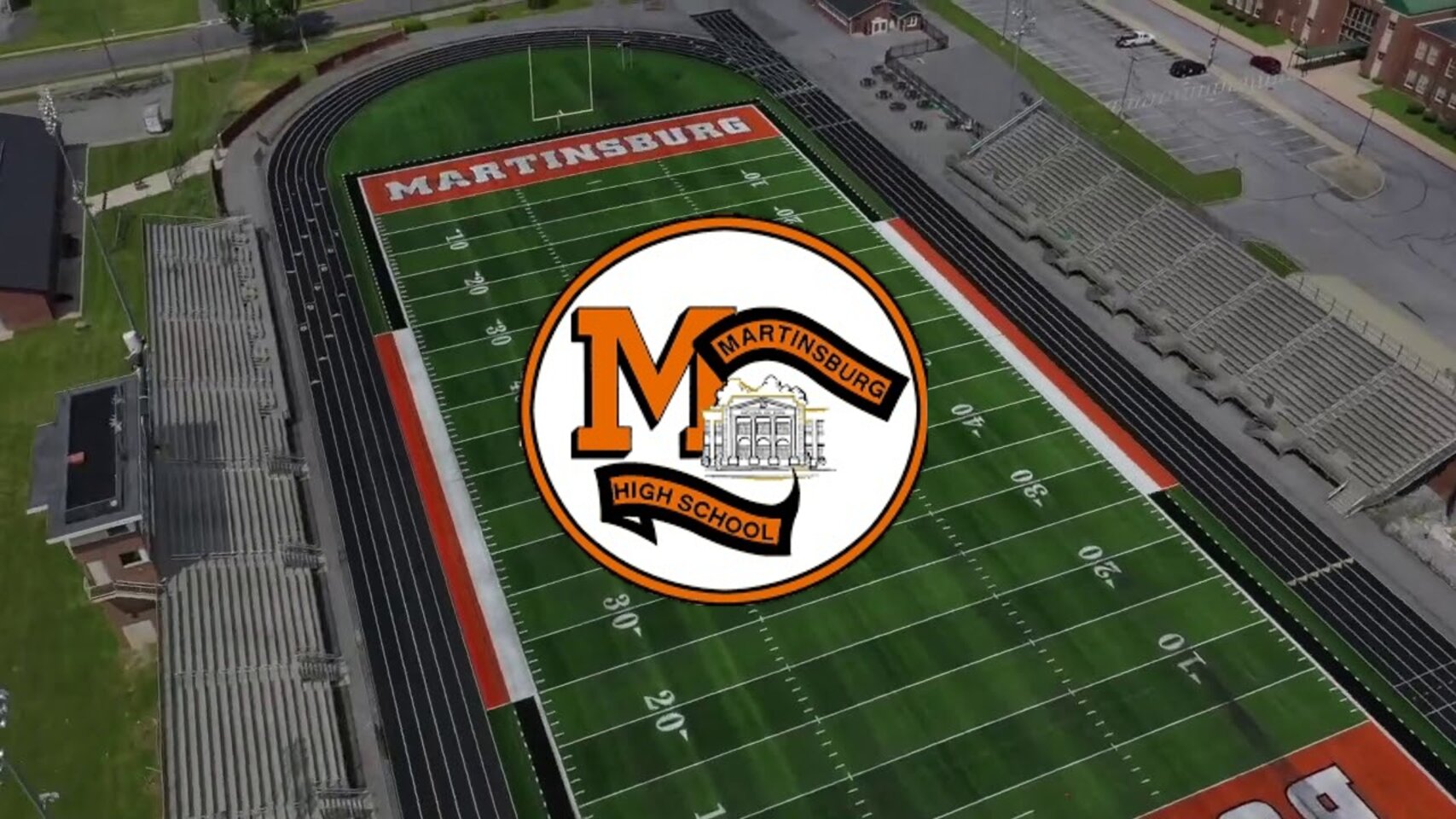 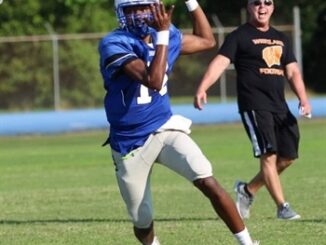 Diamond In The Rough: KJ Gooden 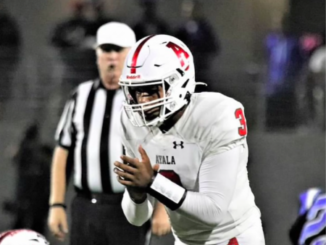