Photo given to me by Hunter Jones.

Hunter Jones is a class of 2023 outside linebacker out of Kings High in Kings Mill, Ohio. Standing at 5’11”, 215 pounds, and a 3.1 weighted GPA, Jones can bench 320, squat 385, and deadlift 470. Jones has a history of being a force to be reckoned with, as he has the achievements of First Team All-ECC and First Team All-City from last year alone. I had the incredible privledge to speak with Hunter, and was impressed with what I heard from him.

Q: Why do you play the game?
“It’s something I grew up on. It’s something I did with my dad when I was younger, and he kind of just got me into it. I always had this inner aggression, and I never really had a place to get it out. Once I stepped on the football field, everything felt like right and peaceful for the first time. That’s where I can let my emotions out and really be who I want to be and not hold anything back. That’s the one place I can be free… Football is a huge part of my life.”

Q: Where do you see football going in your life?
“I think it can go as far as I can take it. I’m very invested in playing at the highest level possible, and for me, I don’t know where that is yet. I’ve had a lot of talks with people in D1 [and in] D2… I just want to get to the next level… As long as I can keep doing this for as long as I can, and I know that I’ve gotten the most out of my football journey, I think I’ll be satisfied with it. As long as I know I gave my everything to it.”

Q: What’s the biggest lesson you’ve learned playing football?
“Humility. Throughout my career, my temper has been a bit of an issue on the field because I ‘let it fly’. It’s my biggest strength and my biggest weakness. Whenever I talk about my game, its about my motor, how I never stop, how I’m the enforcer on the field. It’s gotten me into trouble a few times, but I’ve gotten that reigned in now and I know how to control myself and really worry about the team a lot more than myself… You can’t expect what’s going to happen, you can’t blame yourself for things that are out of your control, but what you can control you should control.”

Q: What does football mean to you?
“To me, football means everything. It’s not me as a person, but the game is just so big and can create so many opportunities for people and to create so many opportunities for me. It’s given me a huge leadership role in my school. [It’s really important to me to be] a leader, showing the younger kids how you should play the game, how you should go about issues. I want them to see how to do things respectfully, how to do things the right way, and what it looks like to overcome adversity.”

Q: What challenges have you overcome?
“I’ve struggled with mental health my whole life, so that’s been a big struggle. To stay in football and be ready to go every day – for me – has been difficult. That’s why I think it’s imporant to build that into these kids that are coming up, because there have been a lot of days where I didn’t want to be there. [Thus,] There were a lot of days where coaches were texting me, telling me that they wanted me there. There were times where I didn’t want to be there, and I still knew I had to show up and do my best. So really, it tought me mental toughness. Everybody struggles with that every day. That’s still something that I make a concious decision of sometimes, to know that it’s bigger than me and I have to perform. Not only for myself, but for my teammates as well.”

Q: What motivates you to keep playing, especially given your mental health struggles?
“For the most part, it really has to do with my teammates and I know the responsibility I have towards them. Every time I wasn’t on the field [due to my ACL injury from last season], they were constantly saying ‘we miss you, we can’t wait till you’re out there. We can’t wait till we have you by our side.’ I know that they have those feelings that when I’m out there, the team’s different.”

Q: How do you balance sports with your other responsibilities?
“I take a digital media arts class and a college stats class… and then I work [as well]. Those, as well as my social life, I just never stop going. Most days, except for Mondays, I go from school to practice to work. Balancing those things for me can get a bit draining, but it’s just part of the grind.”

Q: How do you stay trained and in football-shape during the offseason?
“For us, there isn’t really an offseason. We pick it up as soon as our season is over, and we don’t stop. Obviously, the weeks we’re not allowed to we don’t. I will lift by myself if we don’t have stuff. But other than that, we’re going. Sometimes, I work with a trainer from EvoFit, and he has a facility but also intertwines with our program. He runs our strength, our conditioning, our nutrition… If I have any physical needs, I can just go to him.”

Q: How are you looking to improve your game?
“I’m looking to build my speed (everybody always is). I did a lot of speed work in my recovery. My pass rush technique is something that I need to improve, especially with the club, it’s something I’ve had a bit of a hiccup with. Last year I had I think 9.5 sacks, and the past two games with the club I haven’t recorded any. I’ve had a couple of TFLs, but I was like ‘this isn’t working out.'”

Q: What is the strongest aspect of your game?
“My pass-rush really is a strength of mine, I just need to come out of my shell… I don’t know if it’s the club or what. [But my biggest trength is] probably run-stopping. There’s very few runs to the weak side. I’ve noticed I got one, two, maybe three runs to my side per game, and they’re for no gain most of the time. I pretty much prevent the possibility of running to the weak-side at all. People do not run to the weak side. It’s kind of bothers me sometimes, because my tackle numbers don’t represent my impact on the game. But big hitting, run-stopping that’s kind of the player that I am.”

Q: Do you try to model your game after any players, professional or collegiate?
“I like Micah Parsons. I like the way he plays the game, and his pass rush is exciting to me. I don’t really watch a lot of NFL, but I watch a lot of college… I like college because it’s really exciting. Everybody’s fighting for a spot, everybody’s trying to get to the next level. It’s a grind every day.”

Q: Do you consider football to be more challenging physically, mentally, or a bit of both?
“There’s definitely times of both. But if it were only physical and I didn’t have to worry about the mental aspect, I would be have no problem. When it really comes down to it, especially with our team where one of our main focuses is discipline, I’d say for me it is probably harder mentally. Knowing where you have to be, knowing where everybody else has to be, and in the moment making those quick decisions and being able to execute because if you don’t – there’ll be a problem. And you’ll know it.” 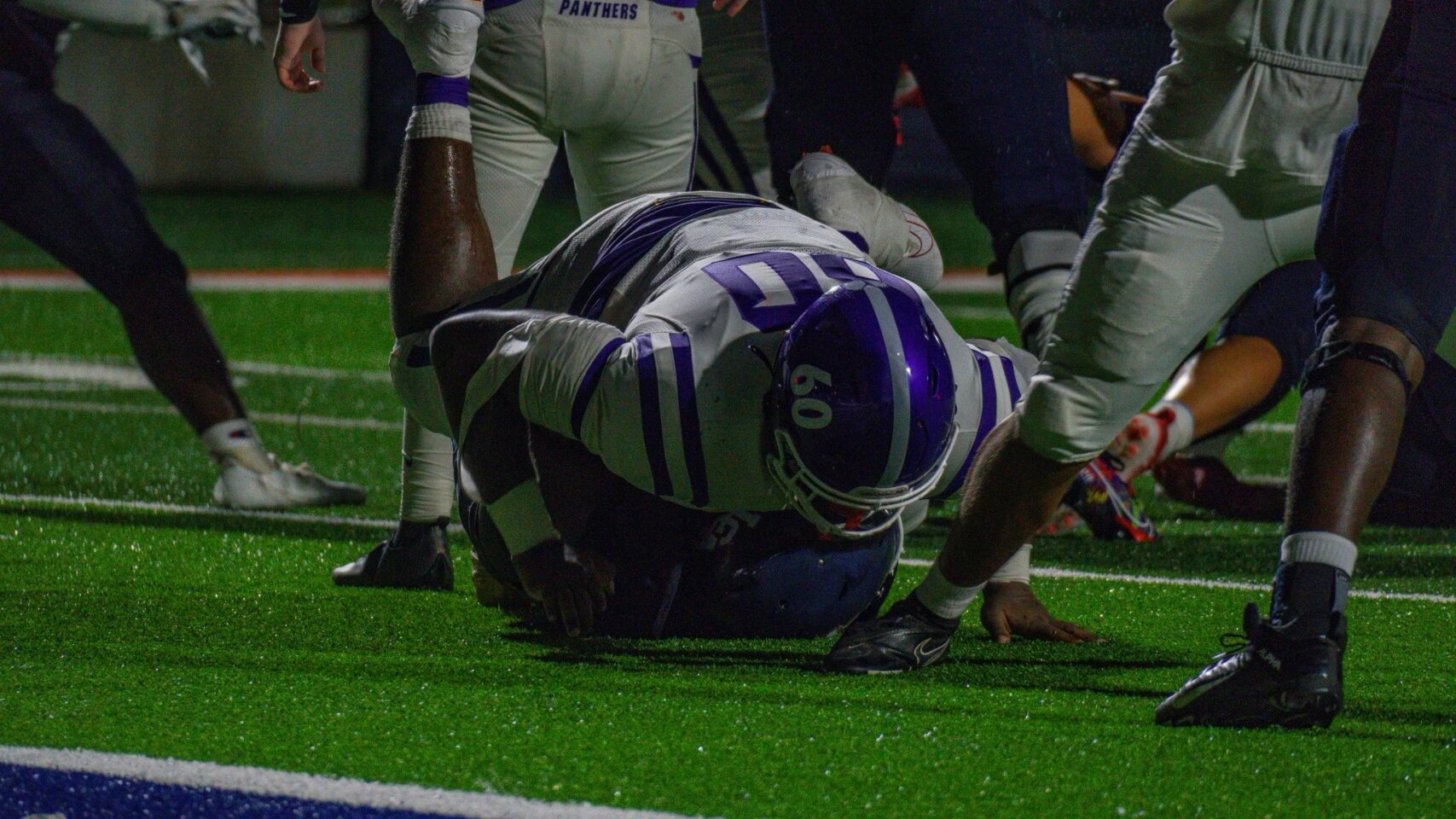 Diamond in the Rough: Kaden Dixon

Diamond in the Rough: Zachary Anderson