After Woodlawn High School four star quarterback Rickie Collins committed to LSU last week, the Panthers had another one of their own make his college decision in four star defensive back Jordan Matthews.

The son of former LSU and Southern defensive end Roshaun Matthews and younger brother of McNeese State wide receiver Joshua Matthews continues the family tradition of playing at the next level.

For Jordan, he recently narrowed down all of his schools to three, which were Texas, Michigan, and Tennessee. The 6’1, 175 pound senior cornerback made his decision in front of the entire student body, his family, friends, coaches, and teammates. When he made his decision, Jordan pulled out a hat from a briefcase and it was an orange and white hat doting the Tennessee trim.

Jordan Matthews made his decision to commit to the Tennessee Volunteers. The Volunteers turned out to be a big surprise for a lot, but in the end, it was the Vols that won over the talented defensive back.

This was a huge pickup for the Volunteers as the Baton Rouge native is the number 15 cornerback in the country, the number 139 player in the country, and the number nine player in Louisiana. The two sport star at Woodlawn High School is not only an incredible football player, but he is an outstanding track athlete as well earning a silver medal in the 200 meter state championships with a time of 10.66.

Jordan Matthews is now the second SEC commitment coming from Woodlawn High School over the past couple of days, and now, the star cornerback can shift his focus on the upcoming season trying to lead the Panthers to a state championship. 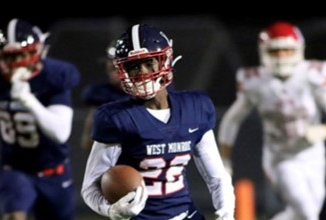 Diamond In The Rough: Rayshawn Pleasant 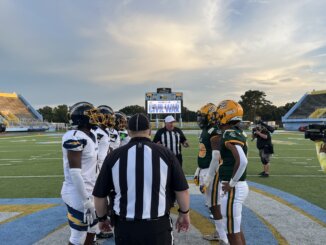 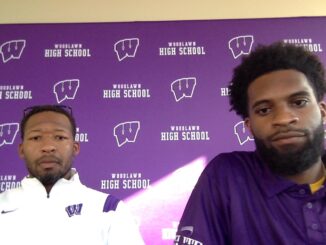