HATTIESBURG, Miss. | Frank Gore Jr. rushed for over 150 yards and one score as the Grambling State University football team could not slow down the Southern Miss running back as the Golden Eagles blanked the Tigers, 37-0, on Saturday night at M.M. Roberts Stadium.

Southern Miss (1-1) broke the 0-0 tie in the opening quarter by putting together a 10-play, 68-yard drive. Gore got the ball five straight times to begin the drive and Trey Lowe connected with Jason Brownless for a 12-yard touchdown pass as the Golden Eagles grabbed the 7-0 lead with 4:13 remaining in the quarter.

The Golden Eagles responded with a 47-yard drive as Briggs Bourgeios booted a 40-yard field goal to extend the USM advantage to 10-0 with 7:39 left in the second quarter.

After a Grambling State punt, Southern Miss took over and landed in field goal range, but Bourgeious’ 50-yard attempt was wide left, keeping the Golden Eagles lead at 10-0 with 2:52 remaining in the quarter.
The Golden Eagles added to the lead with three straight rushes, capped by a Gore 51-yard rushing touchdown, pushing the USM lead to 17-0 with 7:11 remaining in the third.

USM put the game away with one minute left in the quarter as Bourgeious kicked a 25-yard field goal, giving the Golden Eagles a 20-0 lead.

Southern Miss took advantage of a short field, going 57 yards in 51 seconds as Dajon Richard scored on a 27-yard touchdown run to give USM a 27-0 advantage with 14:20 remaining.

Bourgeious added to the lead with 10:24 left with his third field goal of the night, a 34-yarder, pushing the margin to 30-0.

A Jakarius Caston 11-yard touchdown reception from Ty Keyes capped an 8-play, 50-yard drive as Southern Miss added to the advantage and extended the lead to 37-0 with 4:55 remaining.

– Frank Gore Jr. rushed the ball 21 times for 162 yards and one touchdown

– The Tigers hadn’t been shutout in 73 straight games- Grambling State was last shutout in 2014 when Houston blanked the Tigers, 47-0

– GSU fell to 6-21 under Fobbs when trailing at halftime

– Grambling State kicker Garrett Urban attempted a 47-yard field goal in the first half – had he converted the kick, it would have been his career long

QUOTES FROM HEAD COACH BRODERICK FOBBS”I thought we played well in the first half and we made some timely mistakes with penalties. We came out and competed hard against a good Southern Miss team. Now we’ll go back and look at the film, make the adjustments we need to make and prepare for a very good Houston football team.”

UP NEXT: Grambling State returns to action on Sept. 18 as the Tigers visit the University of Houston. GSU and Houston have met twice in the series with the Cougars owning a 2-0 all-time series mark. Houston rolled past Rice to win the Bayou Bucket Classic on Saturday. Kickoff is set for 6 p.m. from TDECU Stadium and the game will be streamed live on ESPN+. 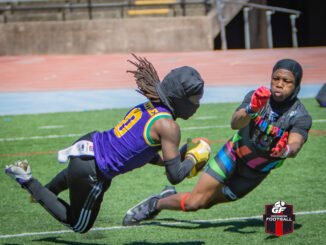 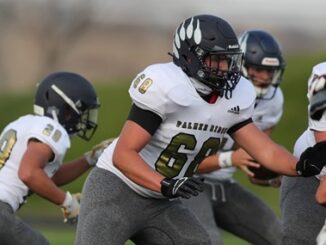 Diamond In The Rough: Alec Falk 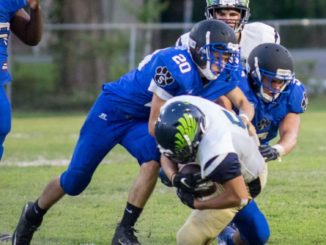 Diamond In The Rough: Axel Varela