St. James High School four star athlete Khai Prean recently narrowed down his decision to four schools being LSU, Mississippi State, Auburn, and Florida State this past Saturday and now on Tuesday, the 6’0, 190 pound athlete announced his commitment to the LSU Tigers.

“They (LSU) always told me that they believed in me and I just felt that when they came together as one with the new LSU coaching staff, it was just a moment that I couldn’t pass up.”

The recruiting trend for the Tigers continues as the team now has four Louisiana recruits in this year’s class within the past two weeks. Overall, the Tigers currently are approaching to be a top five class with 21 current commits with eight of them being from Louisiana. This All-State caliber player is the number 15 player in Louisiana and the number 259 player in the country.

Heading into his senior season, Khai Prean will be playing his first season for the St. James Wildcats after having an incredible career with the Ascension Catholic Bulldogs where he found his way into the end zone over 45 times in three seasons.

With dynamic 10.9 100 meter speed, Prean has the ability to score as a running back, a wide receiver, and as a return specialist. He also has the versatility to play in the secondary as well.

CHRISTIAN LaCOUTURE TO RETURN TO LSU IN 2017 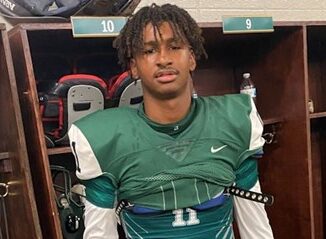