St. Edmund High School is located in Eunice, Louisiana. The Blue Jays are coached by James Shiver, a former Arena Football player and University of Louisiana grad. In 2021, the Blue Jays went 6-4 in the regular season while loosing in the first round of the playoffs to District rival Sacred Heart. I look for St Edmund to return to the playoffs in the tough Class IV. The Blue Jays are lead on the field by the following players: Taylor Daire, Sam Prudhomme, and Matthew McGee.

Taylor Daire is a class of 2023 Swiss Army Knife. He plays Running Back, Slot Receiver, and defensive back. I am looking for Taylor to have a big season. This offseason he has been training for his senior season both in the gym as well as playing 7 on 7 with RPA. Taylor is 5’8″ and weighs 168 lbs. I like that he has quick feet, and is shifty. I look for him to play college ball as a slot receiver. I do predict that Taylor will surpass the 1,000 rushing yard mark for the Blue Jays. He has the tools to have a break out season in 2022.

Sam Prudhomme is a hard nose player that is not afraid to step inside and make a hit. Sam plays Full Back and Line Backer for the Jays. He is 5’8″ and weighs 158 lbs. Sam is in the class of 2023. I would like to see Sam work on his speed this offseason.

Matthew McGee started this past season as a sophomore for the Jays at center. Matt is a little undersized for his position, but do not let that fool you. He is strong at the base of attack. He is a bull dozier for his backs. Matt is also a leader on the line. Marcus Randall interviewed Matt last year, and Matt was beyond his years in his knowledge of the game. I look for Matt to continue to improve his skillset his Junior year and make the All-District team.

Overall, this is a young team with a lot of experience after last season. Last season, this team was plagued with injuries which allowed the underclassmen ample opportunities to gain valuable experience. I look for this team to compete with Opelousas Catholic and Sacred Heart for the District Title. 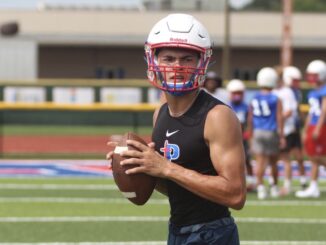 Diamond in the Rough – Roman Mula 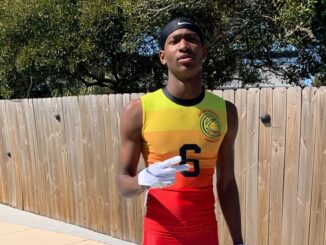