While the weather still is not ideal here in Baton Rouge, football stops for nothing. The McKinley Panthers have been getting in the work they can for this upcoming game against Southern Lab. Practicing in the rain two days out of the week, McKinley has been focusing on strengthening their matchups with Southern Lab’s athletes.

Both McKinley and Southern Lab have winning records and are looking to improve those records in this matchup. McKinley is looking to solidify their status as the go to school for their district, as they have lost a few players over the years to Southern Lab’s program. I sat down with McKinley High Head Coach Malcolm Reed to discuss this game and more in the Coaches Corner series on the Gridiron Football App.

Weekly Standouts: Andre Knighton, one of the team’s senior leaders, played a very well rounded game at cornerback last week against Capitol. In that game, he was the one who came down with a crucial interception in the last two minutes of regulation to lead to McKinley’s victory. Chauncey Smith was also an unsung hero in the Capitol game with the way he was able to consistently gain positive yardage throughout the game. This kind of steady presence is something that McKinley will be looking for from Chauncey in Friday’s matchup.

Next Game: vs. Southern Lab at A.W. Mumford Stadium, in Baton Rouge, LA, Friday at 7 p.m. 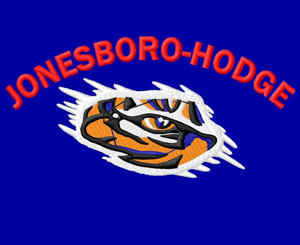