After a full week of interviewing players, coaches, and making their own assessments on what the 2022 LSU Football Team will do, the national media has made their decision on where they think the Bayou Bengals will finish in year one of the Brian Kelly era.

The sports journalists that attended the media event were not highly optimistic about the Tigers this season projecting them fifth in their division with Ole Miss, Arkansas, Texas A&M, and Alabama being ahead of them. The media also projected an Alabama vs. Georgia matchup in the SEC Championship game with the Crimson Tide coming out on top.

In addition to the projected order of finish in the SEC, the media also voted on the preseason All-SEC teams. Four Tigers were selected to those teams.

The first one selected was wide receiver Kayshon Boutte, who was selected on the first team. He was the only LSU offensive player to be selected on the team. Wearing the prestigious number 7 jersey at LSU, Kayshon is expected to have an All-American season and become a 1st Round NFL draft pick after having 83 catches for 1,244 yards and 14 touchdowns the last two seasons.

The second player selected was defensive end BJ Ojulari, who as another first team selection, is coming off a very productive season with seven sacks and 12 tackles for loss. Just like his older brother Azeez Ojulari, who is now playing for the New York Giants, BJ has a chance to be one of the best defensive players in the country with a big time season.

On the opposite side of BJ, his counterpart Ali Gaye was also selected to the preseason All-SEC Team this time as a second team selection. Ali was plagued by injuries last season, but approaching his a fifth year with the program, he has a great opportunity to form one of the best pass rushing combinations in the country.

There is no question what position group the 181 media voters like on this LSU team and that is the defensive line. The Tigers added another selection on the inside for the third team, which was Maason Smith. The former five star prospect from Terrebonne High School made a great first impression last season with 19 tackles, five tackles for loss, and four sacks. Now, he has an opportunity to make the next step this season as a sophomore.

In regards to this year’s LSU Tigers team, there are more questions than answers, but this team does have the ability to exceed a lot of expectations in the upcoming fall. 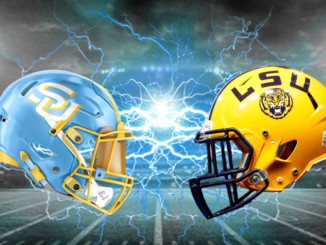 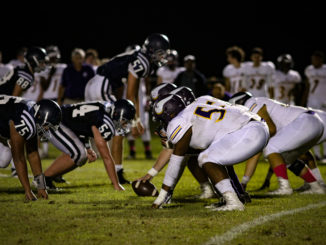