The Lions were sharper in all three facets in Saturday’s scrimmage compared to their debut scrimmage last weekend. Southeastern ran approximately 100 plays in the two-hour scrimmage. SLU head coach Ron Roberts was pleased with his team’s progress as the roster continues to prepare for the Sept. 3 season opener at Oklahoma State.

“We were able to eliminate a lot of the mental mistakes that we made in the first scrimmage, which was good to see,” Roberts commented. “We were able to make some big plays in the passing game and we were very pleased with the way our receivers stepped up today. We’re getting more comfortable with what we’re doing and that is allowing our guys to play faster.

“D’Shaie threw the ball really well today,” Roberts added. “He had some nice passes last week but had some bad luck with drops. We were pleased across the board with our passing game today.”

In addition to Landor’s production in the passing game, the SLU kickers had perhaps their best day of preseason camp. Both sophomore Jonathan Tatum and junior Dillon Burkhard connected on 52-yard field goals. Tatum was also true from 36, 40, 43 (twice) and 49 (twice), while Burkhard nailed a pair of 43-yarders and also was good from 36 and 49 yards.

“We were able to make multiple 50-yard field goals today, which was a very good sign,” Roberts said. “We’re continuing to improve in that area as the fall progresses and we were pleased at both of those young men’s efforts.”

After dominating the first scrimmage of the fall, the defense saw the Lion offense be more productive on Saturday. The Southeastern pass rush was able to manage eight sacks, while sophomore Deijon Lynch made a sliding interception to quell a Southeastern drive near the goal line.

Southeastern’s first score came on second drive of the game. After opening the drive with a 15-yard carry, sophomore running back Julius Maracalin took a short pass from Landor and scored from 25 yards out.

After a couple of drives ended in field goals, SLU drove down for another touchdown. Sophomore quarterback Donovan Isom powered in from four yards out on a keeper to cap the march.

An excellent catch by junior wide receiver Juwan Dickey resulted in the Lions’ next score. Landor laid up a fade to the back corner of the end zone and Dickey out-battled the defender for a 25-yard touchdown.

Southeastern was forced to punt or settled for field goals on their next eight drives before finding pay dirt again. Landor scrambled right before sophomore wide receiver Jake Ingraffia was able to get behind the defense, hauling in the pass and racing untouched for a 28-yard touchdown.

Two drives later, the SLU offense capped the scoring for the day with perhaps the highlight of the scrimmage. Landor threw a perfect pass to senior wide receiver Brandon Acker, hitting the Hattiesburg, Mississippi native in stride for a 40-yard touchdown.

Southeastern will return to practice on Sunday at 7 p.m. Practices are open to Touchdown Club members only. 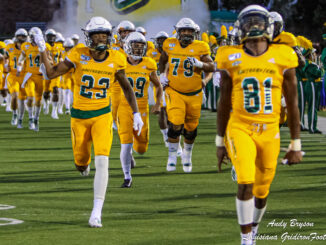 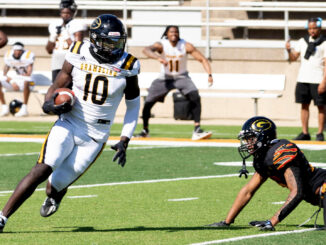 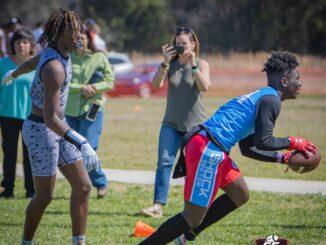