Dutchtown High School, which is located in Geismar, Louisiana, just had another one of their own commit to play for a college football team. Senior linebacker Dickson Agu has decided to stay within his own state and commit to the Tulane Green Wave.

“Tulane was the second school to extend an offer back in December and since then, the whole staff has been welcoming, inviting me to every event that they host.”

Although football definitely played a role in where the 6’2, 220 pound linebacker would decide to play, the deciding factor was academics and Tulane offered that.

“My parents were pushing for a school that had a great education. Tulane is one of the best nation wide so that was one of the major factors in my commitment.”

Not only Agu is an really good football, but what stands out most about him is his incredible smarts as he plans on pursing a biology/pre-medical degree in hopes to one day become a doctor. The 1st Team All-District and 2nd Team All-Parish linebacker selection also has an outstanding 4.4 GPA in the classroom. Balancing academics and athletics goes hand in hand for Agu.

“Being a great player starts with mental discipline so it’s important to make to choice to do the right things in the classroom and much of that will translate to the field.”

It has translated as before committing to Tulane, he also received offers to play at Purdue, Louisiana Tech, Louisiana-Lafayette, ULM, Air Force, Charlotte, Southern Miss, Darthmouth, Northwestern State, Incarnate Word, Southeastern Louisiana and other Division I programs. For Agu, it was the atmosphere of the campus and the relationship he had with his position coach that stood out.

“The light and welcoming environment from the whole staff and all the coaches is what stands out when you visit Tulane. Coach Mutz has had the best relationship with me. If I ever have a question, I always feel comfortable asking Coach Mutz. He also explained to me how well I would fit the defense in terms of my physicality.”

Being as organized as Agu, it makes sense why he already has specific goals of what he wants to accomplish once he arrives on campus.

“My goals once I get to Tulane will be to get acclimated to the way things are and potentially earn a way into getting more reps.”

Making this decision before the start of his senior season was also planned and it now allows the Dutchtown senior to turn his focus on the Griffins.

“It was very important to me to commit before my senior year so I could focus on my last year of high school football and try to leave with a ring.”

In order to do that, he has focused on bettering his game in order to help his team.

“Before the end of my senior season, I want to improve on getting more turnovers. Being able to get the ball in situations makes you a better player helps your team.”

A player that has helped him with his development is a former Notre Dame and current Dallas Cowboys linebacker.

“Micah Parsons is someone I try and model my game after. The ability to be so versatile in the run and pass game creates a game changer.”

Going through this process is actually not the first time that he has been exposed to it as his older brother Justin Agu, who was also a star at Dutchtown, went through the recruiting process himself and is now a cornerback for the UL Ragin’ Cajuns.

“My brother, Justin, is my role model in a sense. He showed me the proper way to go about the recruiting process and made sure I knew important things to look for when choosing a school.”

Dickson has been around football since the beginning and he enjoys as much time as he can become a part of it.

“I started playing football when I was 11 years old in the 6th grade. Since then, I’ve grown to love contact in the sport of football along with my ability to make plays across the field. I love the team atmosphere that football creates. Struggling and bonding with teammates creates a brotherhood that last forever.”

It is also the people that love and support him that made football enjoyable for him along the way, which has gotten him to where he is now.

“I would love to thank my parents for making sacrifices to make sure I could play at the next level along with for providing the guidance I needed throughout the recruiting process. I also want to thank every coach that offered me a chance to play Division 1 college football.”

After this season, Dickson Agu will be concentrating on his future career with the Green Wave and will make sure that their fans will be getting a guy that will rise to the occasion.

“The fans at Tulane will be getting a guy that thrives under pressure and will step up when the Green Wave needs it.”

Dickson Agu is the 13th commitment of the 2023 recruiting class for the Green Wave. 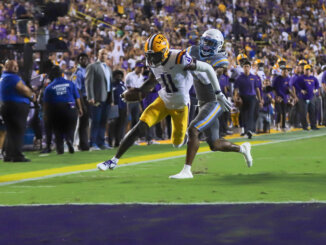 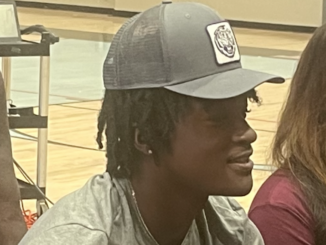 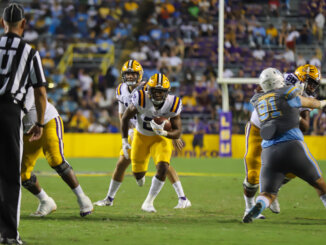