Deossie Yancey is a Class of 2023 Offensive Tackle for Lamar High School in Houston, Texas. At 6’6” 370 lbs., Deossie has the perfect build to protect his quarterback from incoming defenders.  Deossie utilizes his size to gain an advantage over anybody in front of him, especially on goal line fronts. It seems like every time you run behind Yancey; the running back is putting up 6 points on the scoreboard. The versatile lineman can play anywhere on the offensive line, which makes him an asset in any short yardage situation. Something that differentiates Deossie from his peers is just his ability to go to the whistle, he doesn’t stop until it blows or the guy in front of him is on the dirt. Still early in his high school career, Deossie Yancey is a player to look out for in his junior season.

What life skills has football taught you over time? Some life skills football has taught me are how to work in a team/group, and how to be a leader.

As an Offensive Lineman, what’s your favorite play? Any play where I can pass block.

Have you always played left tackle, or have you moved around? I basically played in every position on the offensive line besides center.

Favorite part about playing on the offensive line? Opening gaps and letting my teammates get through.

What are some advantages you gain with your size? Some advantages I have because of my size is that I’m heavier and faster than the guy in front of me. I also have a large reach that makes it hard for defensive lineman to get their hands on me.

What current or past player, do you think your game mirrors the most? Trent Williams, he’s one of my favorite players.

Does your jersey number hold any significance to you? I was thinking of changing it, but I decided to keep it since I have had it since 7th grade.

Do you play any sports outside of football? If so, how have they helped you become better a better Offensive Lineman? I play basketball and I throw shotput and discus; basketball has made me more athletic, and have quicker feet, track allows me to get in the weight room more, shot put helps with my stance and kick step.

Outside of sports, do you have any hobbies you like to do? I like watching anime and playing video games.

What is your favorite pre-game song to listen to? Dreams and Nightmares by Meek Mill.

In your opinion, what is the best aspect of your game? Probably the way I’m built, how I can move, and my athleticism.

How do you think Covid-19 impacted your sophomore season? I stopped playing mid-season for my grandparent’s health, I still worked out and kept myself in shape I just didn’t practice or play in games.

Do you have any goals for your junior season? I want to be a Top ten lineman in the state and be 1st team all-district.

At the end of the day, who is someone you look up to?  My Dad, Trent Williams, Brandon Lafell.

What’s something that drives you every day? Playing for my cousin and my grandmother.

Describe a time where you were going through adversity, how did you get through it? In 9th grade, I was in prep school which was a new experience for me. I got through it by putting my head down and getting my work done.

Finally, what are colleges going to get out of you? Colleges are going to get all-around player, who’s a dominant offensive lineman with good feet, a leader, and someone’s who’s not going to give up. 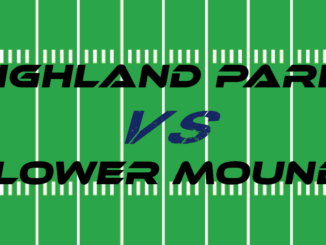 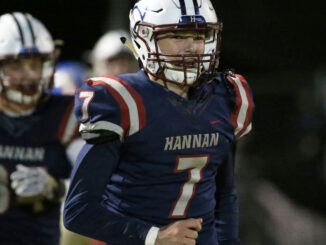 Diamond In The Rough: Cory Robinson