Max Moss is a class of 2023 wide receiver out of Archbishop Spalding High School in Severn, Maryland. Standing at 6’1 and weighing about 180 lbs, Max is a deep threat receiver who is not afraid to go up and make a big play in the air when needed. He has soft hands and great route running ability. Right now, his max bench is 285, max squat is 585, max power clean 275, and his vertical is 36.1”. Max’s cumulative GPA is a 3.2, but he ended last year with 3.6. On the season so far, Max currently has 16 receptions, over 400 receiving yards and four touchdowns in three games played. (According to Maxpreps)

Describe your style of play.

“I would say my biggest strength is my ability to keep calm and get the job done. Even if I’m having a bad day, I feel like I’m really good at getting my head together and keep playing”.

“I had a goal before the beginning of the season and my goal is to break the school record with 70 receptions in a season. After looking at how I played in the first three games, my goal for receiving yards is to have 1500 or more. And for touchdowns, somewhere between 10 and 13”.

Is there any current NFL or college player that you could compare yourself with?

“Personally, I play a lot like Deebo Samuel. But a lot of my teammates joke and they call me baby DK”.

“I would say the number one thing that motivates me is the fact that I feel like I haven’t got the chance to show what I can do in the last three years. So, it’s really like I got 3-4 months of football and I got to show everybody what I can really do”.

Describe a time where you might have been faced with adversity.

“I feel like the most adversity I have faced over my three years of high school football so far is my freshman year. I broke my ankle on the second game of the football season. Right after that I went and played basketball and broke my wrist. So, I missed like an entire school year of sports and I feel like that took a lot of personal development from me”.

What are some of your hobbies and interests?

“I love music. Mostly hip-hop but I try listening to different genres to see if I can find something new. Besides that, another thing that I have been getting into is cooking. My mom is from Trinidad and Tobago, so she teaches me how to make a lot of different dishes and it is really good”.

What do you love about the game of football

“The number one thing I love about football is, since I was little and I started playing it’s just the fact that even though it’s a really tense and stressful game, it’s always fun. Even in the games that you lose, you still have some type of fun because you love the game. It’s really just the fact that it’s a passion and something that I’ve wanted to do for a really long time. Even if NFL players didn’t get paid for it, I would still want to play football”.

“I think what separates me the most is the fact that I have something to prove. Not just to myself, but to everyone around me. Like I said, I feel like I haven’t gotten a chance to even be seen in the last three years. And another thing that I would say separates me the most is my work ethic. I work hard every single day, even days that we don’t have practice. Even if it’s just something small, work on releases, catching the ball, how to run after the ball. All the small things create big things in the game”.

Football aside, who is your biggest role model or someone you look up to?

“My biggest role models would have to be my parents but, specifically my dad. My dad played football in high school, he declined the opportunity to go play football in college and he enlisted into the Navy right out of high school. He served in the Navy for about 8 years”.

What have you learned about yourself playing football? 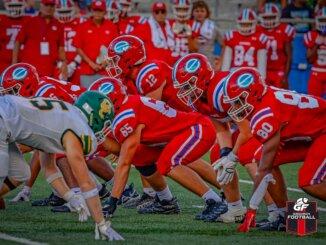 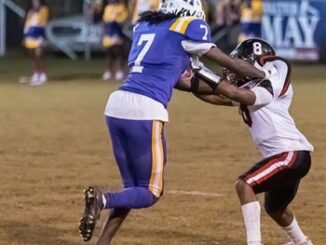 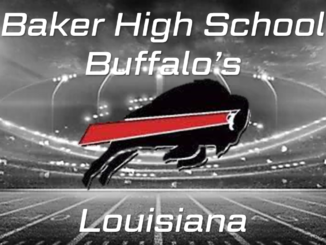