Christian Zamor is a class of 2024 ATH. He is 6’1 and weighs about 195 lbs. Christian plays wide receiver on offense, but his primary position is on defense. Christian plays safety and rotates to cornerback for nickel packages. Due to a hip injury before his freshman year and with the Covid-19 pandemic shutting down pretty much everything, Christian has not yet played a game at the high school level. After watching Christian’s preseason highlights, it’s clear that he plays with a lot of energy. He’s physical, aggressive, and is not afraid to tackle and stop the run. Even with the cards that Christian has been dealt, he worked himself into getting an offer from Boston College. Christian also has 4.68 gpa and his max bench right now is 255 lbs. He is currently committed to Boston College.

I started playing football when I was 8 years old.

Describe your style of play.

I would say I play aggressive. I’ve always been like one of the strongest guys on the field, so I definitely use my strength to my advantage. I play fast, but mentally is one of the reasons why I love the game and play defense more. I feel like I’m good at making reads and playing the mental part of the game. So I would say my style is aggressive, fast, and mentally sound.

I don’t really have any goals, it’s more like getting back out there and reestablishing myself. I’m just grateful to be playing again and grateful to God. I’m focusing on helping the team succeed this season.

Isiah Simmons. In college he was a everywhere linebacker, safety, and helping out with the rush. So I would say I try to model my game after him, he’s actually my favorite player. I feel like he’s a fast hybrid type of linebacker/safety which is what I would like to play on defense.

What have you learned about yourself playing football?

I would say football has really helped me grow into a leader. When I first started playing I was leading by example but then, I learned to become more of a vocal leader. That really helped me establish confidence and be a leader in other areas of my life like school. I would say as well just the discipline of the game, that’s also translated into all areas of my life where I really strive for success and try to be the best that I can be for myself, and most importantly God.

What motivates you personally?

The biggest motivation for me is God. Growing up I was never too religious, but actually around Covid time was when I started to study the bible. It completely changed my outlook on life, even with playing football now it’s more about me getting to where I want to be. I think of the scripture where it says, ‘Whatever you do, work at it with all your heart’. So just switching the motivation from wanting to succeed myself, and now wanting to do it for God. I’m not afraid to express my faith, I know it’s something that people are sort of against and just claiming your faith. So I would say God is my biggest motivation and Lord Jesus

Football aside, who would you say is your biggest role model or someone you might look up to?

I would say one of the guys at the church I go to, his name is Daniel Lindros. He’s played football in the past, ‘have you ever met someone who’s just good at everything’? That’s the type of guy he is and I feel like I can relate to him in a lot of ways. His faith inspires me and so, there’s a lot of people that are great examples of in my life, but I would definitely say he’s one of those people I look up to.

What are some of your hobbies?

“I actually love to read. I’ve always loved reading, before I had a phone that’s what took up most of my time. I also love to learn, so that’s one of the big things. And then, I don’t get as much time to do it because of my busy schedule, but playing Madden here and there. Outside of that, I don’t consider it a hobby, but working with the church “.

Describe a time you might have went through adversity

“I would say not being able to play for two years is probably the biggest adversity that I’ve gone through. It’s around the time I got back from the Under Armour All-American for eight grade. It was like I was on top of the world playing on all these different all-star teams and then I got hit with this injury. I felt completely hopeless, worthless, and just comparing myself to athletes and stuff. It was very hard to pull myself together and see the light at the end of the tunnel. But that was around the same time I started getting closer to God. Honestly without my faith, I probably would be in a worse place. I grew as a person from it, and I wouldn’t change it. I would not go back and say I wish that didn’t happen because of the internal growth, and the character that has built inside me. There were definitely ups and downs. Even this year, it was hard to see myself playing in a football game again. It’s taught me that even when you don’t see it, just put one foot in front of the other and eventually the storm will pass”

What do you love about the game of football?

“I would say I appreciate the type of person it helps you to be with the discipline and what not. But as I mentioned before, I love defense and I really love it because of the mental part. It’s just… like I can explain it but it just feels good to make a read and when your mind, body, and everything working in alignment. It’s just fun and it feels good”. 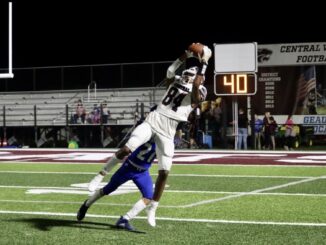 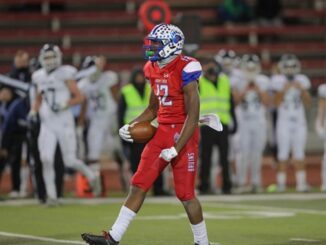