A lot of the questions in regards to the LSU football team is its special teams. Replacing All-American kicker Cade York and kickoff specialist/punter Avery Atkins are tall tasks for first year special teams coordinator Brian Polian, but he is getting close to naming the players that will be filling those positions.

At punter, Notre Dame transfer Jay Bramblett has become the punter that everybody expects him to be and now, he is taking control of that role for the Tigers.

“Jay Bramblett has become everything that I thought he would be in terms of his ability on the field, the job that he has done leadership wise, and in our group of specialists, I think Jay has a great presence in the locker room. As we have gone through this camp, there have been a lot of first for our football team in the way Coach Kelly does things, a lot of veterans use Jay as a source for what Coach is looking for here or doing, and I think that became valuable in the locker room.”

Although Bramblett has solidified himself as the starting punter, Coach Polian also mentioned that he is very pleased with Peyton Todd’s progress and how much he has improved since the spring.

“I know a lot of people have high hopes for freshman Nathan Dibert, but we have to remember that freshmen are still freshmen. It’s a quantum leap from high school football in the suburbs of Michigan to Death Valley.”

“Damian Ramos has had a fantastic camp. Trey Finison from Northwestern has had a very good camp, and in the last six to eight days, Dibert has really come on after a little bit of an adjustment period.”

After having program greats like Cole Tracy and Cade York coming through, a lot of people expect the Tigers to just reload at that position, but for Coach Polian, it would be unfair to compare those two kickers and expect the exact same thing from whoever emerges as the starting kicker.

“As LSU fans, you’ve been spoiled as it relates to kicker so I think if anybody’s got the expectation that he will be able to go out and hit a 58 yarder because Cade could do it. I don’t think that’s fair to the guys in the program.”

However, Coach Polian has seen what these guys can do, and are more than capable of making big time kicks on Saturdays including Ramos, who made a very impressive kick in a high pressure situation in practice.

“If you want to make a name for yourself, making a 54 yarder in a two minute drill in front of the head coach, that’s a good way to do it.”

While the search for the Tigers’ starting placekicker continues, the starting long snapper has been confirmed as Slade Roy will snap for the Tigers starting the first game against Florida State.

At kick returner, there are also a lot of candidates there making their case including Malik Nabers, Armoni Goodwin, and Evan Francioni. The same can be said for punt returner as Nabers, Sage Ryan, and Sevyn Banks are continuing to battle for that job.

As a side note, Polian praised guys like Major Burns on just his positive attitude and approaching everything the right way. Other guys like West Weeks, Jaray Jenkins, Jaelyn Davis-Robinson, Colby Richardson, and Josh Williams are expected to play a huge part in special teams coverage.

The media also had some fun with Coach Polian as he talked about playing music in practice and also how he discovered the cajun turkey sub at AM Mart when he first arrived in Baton Rouge.

Finally, as also LSU’s recruiting coordinator, Coach Polian talked about recruiting and how people were panicking early on. After a great summer, the opinions have certainly changed as the Tigers currently have a top five recruiting class nationally, but that is not stopping Polian and the rest of his recruiting staff.

“Like, we ok now? Summer went alright, but no one is celebrating yet. We have got to make sure that we keep our foot down.”

LSU Special Teams Coach Brian Polian gives an update on the special teams unit, recruiting, and even jokes with the media about playing music in practice as well as discovering the cajun turkey sub at AM Mart. If you haven’t done so already, make sure to subscribe and hit the bell to get notified on when we post every video! 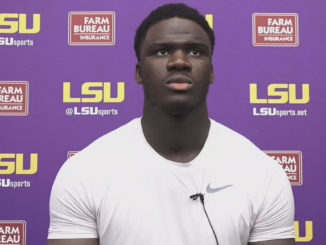 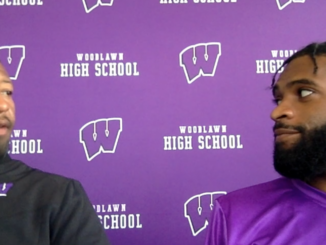 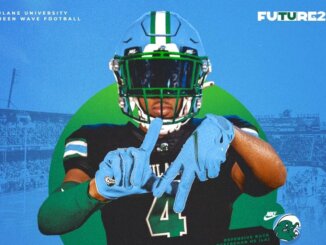