The Woodlawn Panthers traveled to face the Catholic High (BR) Bears at Memorial Stadium in Baton Rouge, Louisiana. This was a very important game for both teams not only for district championship rights but also for playoff rankings as the Catholic High Bears came into the game ranked #1 in the state with an undefeated 7-0 record while the Woodlawn Panthers were looking to get back in the win column after dropping last weeks game in heartbreaking fashion to East Ascension.

Panthers junior quarterback Rickie Collins led the team on their opening drive of the second quarter trailing 14-7 Collins converted an absurd fourth and 16 pass to junior wide receiver Clayton Adams to the 2 yard line of the Catholic Bears. Collins would then call his own number for the 2 yard quarterback sneak tying the game at 14 with 9:49 left in the second quarter. Catholic would respond with a touchdown of its own to take the 21-14 lead in the second quarter but the Panthers had a response of their own to knot the game at 21 before the half.

Catholic put together a nice opening second half drive to push their lead to 28-21 in the third quarter. Woodlawn would respond with a nice trick play when junior wide receiver Clayton Adams hit senior wide receiver Jaylon Henry won a 56 yard strike. Senior running back Amani Givens would finish the drive with a 2 yard touchdown tying the game at 28 with 11:26 to play in the game. Catholic would drive down the field on their ensuing drive but the Woodlawn Panthers defense stiffened as the Bears got near the endzone and Catholic had to settle for a field goal which was missed and gave Woodlawn the ball back with an opportunity to seal the game. Senior running back Amani Givens would break the tie with a 55-yard touchdown run to put the Panthers up 35-28 and eventually would be the game winning touchdown. 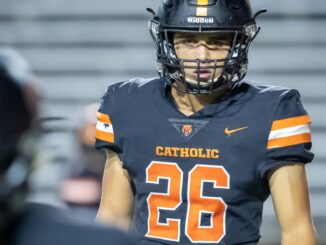 Diamond in the Rough: Michael Cerniauskas 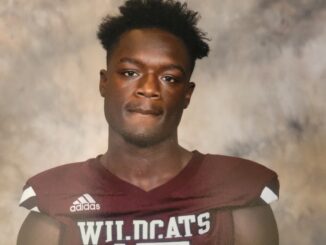 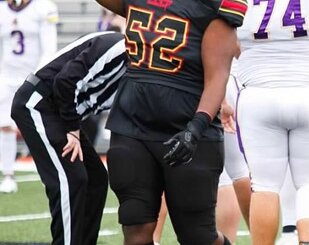