Along with Woodlawn/University Lab, the Southern Lab and Liberty Magnet High School matchup was another highly anticipated matchup in the Baton Rouge area on Thursday night.

The Liberty Magnet High School Patriots are a veteran team heading into the 2022 season, but the program is facing a lot of newness with a new head coach in Korey Lindsey. The Patriots are also moving up to Class 5A and playing in one of the toughest districts the state has to offer, but before the team has to play one of the toughest district schedules in the nation, they had a very tough challenge in facing the defending Division IV state champion Southern Lab Kittens.

I talked to Southern Lab head coach Darrell Asberry before the game and he was excited about the opportunity to begin his state title defense.

“It’s always fun for week one. We had a great jamboree last week against Amite, which was a great championship battle. Then, you prepare for a great team like Liberty with the athletes that they have and a brand new coaching staff. I think it is going to be a great game tonight.”

The biggest key for the Kittens in this football game was to limit the Patriots’ star running back Kaleb Jackson and the explosive plays he can make.

“Kaleb is a great running back. He’s a great athlete, a great person on and off the football field. The key to him is that you got to get to him before he gets to you. He’s tough once he gets started because he is such a tremendous athlete.”

After months of planning and prepping for the season, it was finally time to kickoff the 2022 season. The Kittens were ready to pounce right from the opening kickoff as Southern Lab took six minutes off the clock by running behind their big, physical offensive line. Quarterback Marlon Brown, who is replacing program great Angelo Izzard, looked like a veteran on the drive passing for 18 yards and running for an extra 17 yards including an one yard touchdown run to give the Kittens an early 6-0 lead.

After the opening drive, both teams were feeling each other out. Defensively, the Kittens shut down the Patriots’ star running back Kaleb Jackson to only nine yards rushing in the first half. However, the Patriots were able to get on the board right before halftime when senior quarterback Khylan Gross navigated his way through the middle of the defense and found his way into the end zone to tie the game up at six a piece.

In the second half, after containing Williams the entire first half, the LSU commit showed why he is one of the top running backs in the country with a punishing 45 yard run.

However, the Kittens defense held Jackson and company out of the end zone forcing a field goal attempt that proved to be unsuccessful. Just like the opening first quarter drive, the Kittens once again methodically moved right down the field. The key play on that drive was when Brown found Antonio Donahue for a big 27 yard gain on a fourth and four play. A couple of plays later, Southern Lab fullback Joshua Davis pounded the ball into the end zone to give the Kittens back the lead at 12-6.

After the first drive of the second half, Kaleb Jackson left the game with an ankle injury and did not return back to action. The LSU commit finished with eight carries for 52 yards. The Kittens capitalized on the Patriots not having their best player on the field as the offense scored once again early in the fourth quarter with another Joshua Davis touchdown run to give the Kittens some breathing room with a 12 point lead.

The Patriots did not give up and rallied back late when Richard McKneely had an impressive one handed grab in the end zone to cut the deficit to five.

After stopping the Kittens on offense, the Patriots got some momentum, but it ended quickly late in the game when Gross was sacked on fourth down. From that point on, the Kittens were able to run the clock out and clinch the victory.

The player of the game was more like the unit of the game as it was the Kittens’ ferocious defensive line that made the difference in this football game for the defending Division IV state champions. For starters, they were able to hold Jackson to only 52 yard rushing on only eight carries and also sealed the deal sacking Khylan Gross in the backfield. Talking with a victorious head coach in Darrell Asberry, it was evident that the defense was the biggest key in last night’s victory.

The Southern Lab Kittens start off the title defense strong with an 1-0 record. Next week, the Kittens have another tough Thursday night matchup against Madison Prep.

Meanwhile, Liberty starts the season at 0-1 and will travel to take on Pearl River next Friday.

Click below to check out the game highlights from last night!

To keep up with the Southern Lab Kittens all season long, make sure to give them a follow here!

To keep up with the Liberty Magnet Patriots all season long, make sure to give them a follow here! 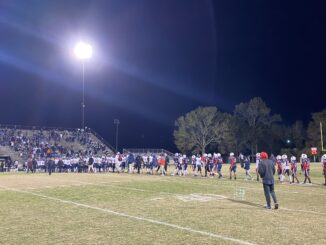 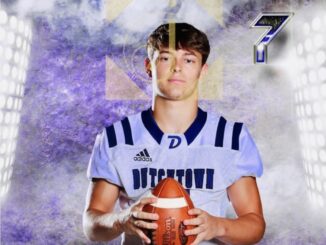 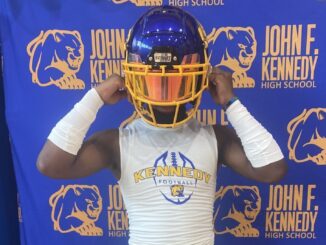