The Baton Rouge, Louisiana native came to Grambling State as a freshman in 2017 from Madison Prep High School as one of the best wide receivers in the state.

However, his path to stardom on the football field was met with setbacks ranging from injuries to the COVID season.

Despite all those setbacks, Rash is back to wrap up one more season and an opportunity to continue to compete at the highest level.

“I really have two seasons left if I decide to use it,” Rash said. “I’ve met some lifetime friends and learned great history about the program. We won a Southwestern Athletic Conference (SWAC) Championship my freshman year and went to the Celebration Bowl.”

During the COVID season in 2020 as Grambling State went 0-4, Rash sat out the year and spent all of 2021 on the sidelines with a knee injury.

“I am blessed,” he said. “It (the injury) helped me find more about myself even though if it limited me on the field. It made me feel like anything that’s messed up can be fixed and better than before. I’ve grown a lot since my injury. I owe a big thanks to Johnson Physical Therapy and Moreau Physical Therapy for getting me back on the football field.”

While the journey on the football field hasn’t exactly gone as planned for Rash, his life off is shaping up. The Business Management major is set to graduate during Thursday’s commencement.

“I chose Business Management because I want to start my own fence company,” he said.

Rash credits his time in middle school for the inspiration and the idea behind owning a fence company.

“I started putting up fences when I was in middle school,” he said. “I know it doesn’t seem ideal, but I love putting in the work and it keeps me active.”

Rash, like many collegiate student-athletes, has aspirations to perform at the professional level once he leaves Grambling State. However, he is aware there is a chance he won’t be playing professional football.

“I just want to be successful and take care of my family, Rash said.

Despite having two years of eligibility remaining, Rash left a lasting message to the Grambling State football program.

“Twenty-four hours is not enough time in a day, make use of your time,” he said. “Keep striving to be better with anything in life. Remember it’s the work that people don’t see that matters.” 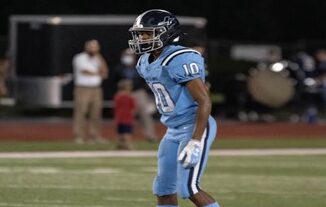 Diamond In The Rough: Jamal Mayers 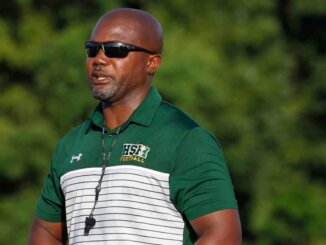