Ouachita Christian opened the jamboree with a great opening drive as quarterback Landon Graves completed his first four passes. However, when the Eagles just were about to cross the goal line, running back Chad Strickland fumbled and Jena recovered the football in the end zone. After stopping the Giants on a three and out, the turnover bug got the best of the Eagles again when Broc Hogan muffed a punt. The Eagles were not the only ones to turn the football as the Giants gave the football right back to the Eagles on a fumble.

In the second half, the Eagles defense stepped up forcing a turnover on downs. The explosive passing offense of the Eagles came back on the field as Hogan threw his second touchdown pass this time to Hogan in order to extend the Eagles’ lead to eight at 14-6 with four minutes left to play. The game intensified as the Giants offense drove right down the field. Then, with four seconds left in the game, Barker threw his second touchdown pass to Hammock to make the game 14-12. A missed extra point from earlier came back to bite the Giants as the offense had to go for two in order to tie the game. Unfortunately, for the Giants, an underthrown football on the two point conversion sealed the deal for the Eagles.

It was a great competitive game that both teams can take away with a lot of positives. OCS star quarterback Landon Graves had a near flawless 24 minutes of play completing seven of eight passes for 118 yards and two touchdowns. 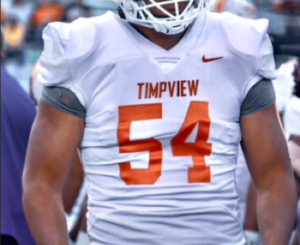 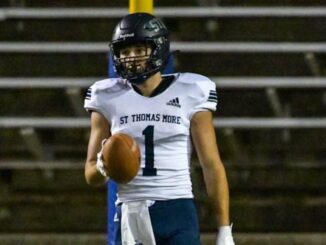 Diamond in the Rough: Carter Arceneaux 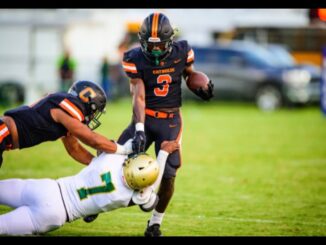