BATON ROUGE, La. – LSU football tied for the most selections on the 2016 Preseason Coaches All-Southeastern Conference Football Team with 13 players on the list the league office announced on Thursday morning.

The voting was done by the league coaches during the first two weeks of August. Coaches were not permitted to vote for their own players. The University of Alabama also had 13 picks preseason all-conference selections, with Tennessee being the only other institution with double-digit selections with 10.

Making the cut on the first team is Leonard Fournette at running back, with center Ethan Pocic up front on the offensive side. On defense, Kendell Beckwith slots in at linebacker, while Tre’Davious White lands at defensive back.

On the second team, William Clapp earns a spot along the offensive line, with Malachi Dupre landing as one of two wide receivers. Davon Godchaux is up front on the defensive line, while Arden Key was slotted in at linebacker and Jamal Adams at defensive back.

The Tigers open the 2016 regular season against Wisconsin at 2:30 p.m. CT on Saturday, September 3 at Lambeau Field in Green Bay. The game will air live on ABC. 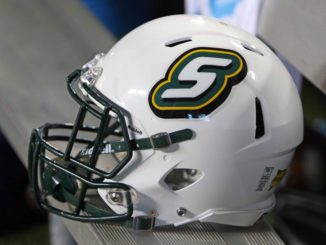