Joseph Amos is a towering 6’6, 325-pound senior offensive lineman from Lancaster High School in Lancaster, TX. Amos started at guard and tackle his junior season and is going into his senior season looking to work on getting low as it pertains to pass blocking. Nonetheless, he uses his strength and explosiveness to overpower defenders. He has aggression and an absurd amount of power. All of which contributed to Lancaster’s Texas 5A Division-1 state quarterfinals appearance in 2019. Joseph chose Boise State over offers from Houston, Hawaii, SMU, North Texas, Kansas, Alcorn State, Georgia Tech, New Mexico, UNLV, Southern Miss, and Louisiana. Joseph Amos is an enormous young man with true athleticism and a boss mentality.

I started playing when I was around the age of 5, but I also stopped playing when I was about 10. I didn’t pick it up again until I was about in middle school, 7th grade. My cousin died back in 2017 and I wasn’t deep into the sport until he passed. Then I really got into it and his journey and how good he was, and I just wanted to take over. That’s my mission today. Become as big as I can because he didn’t get to do what he wanted to do.

I do powerlifting and shotput for track.

I would say pass blocking.

I would say my sophomore year. Just coming in and trying to learn more about my position. Trying to get right and learn the plays. It’s kind of hard to play offensive lineman when you don’t know the plays like that. When you’re an offensive lineman, you need to know the whole field. I attacked it by just getting more into it, going over plays all the time. Having muscle memory about it and actually doing it physically as well.

It would be last season. Just that whole season alone was a big change from my freshman and sophomore year. My whole junior season changed everything. What actually happened after the season, how I got scholarships and whatnot. I would say my whole junior season was my highlight.

What has football taught you about yourself or life in general?

It taught me that I don’t give up easily. I can work hard through difficult situations and adversity.

Is there anyone you try to model your game after?

Hopefully in the league playing for a team, an NFL team. Hopefully on someone’s roster at least.

What are three words to describe yourself?

Nice. I’m always happy and the third thing, let me see. I can be funny at times.

Like I said my cousin and also, I really love the game alone. Just the fact of me getting physical, I like that alone.

How do you prepare for upcoming games?

Practice hard. It all starts with practice. Just coming in everyday trying to practice, get prepared, learning and looking at film. Looking at film really helps a lot. Knowing what the other team, the opponents, are doing by watching film. Knowing what to do and really just practicing hard. Every single day.

Entrepreneurship. Just because I would like to have my own business, I don’t really want to work for anybody else. I just feel like if you work for somebody else, that’s pretty average. If you can do your own thing and be your own boss, that’s pretty different.

Diamond In The Rough: Billy Sanford 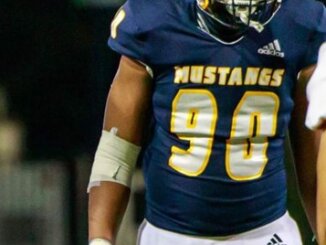 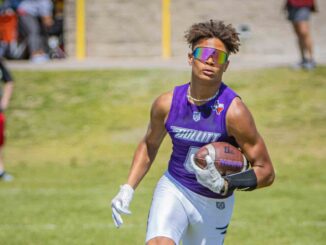