A second generation standout athlete from Destrehan High School is taking his talents to the Tulane Green Wave after quarterback Jai Eugene Jr. announced his decision to commit yesterday.

“Tulane is a great program, and I felt like it was a great decision.”

This dual threat quarterback will continue the bloodlines given to him by his dad Jai Eugene Sr., who was also a highly recruited player that played quarterback for the Wildcats and signed to play in the secondary for the LSU Tigers. Like his dad, Eugene Jr. will also play in the secondary at the collegiate level. Despite being great high school quarterbacks and Division I football recruits, there are actually some differences to each of their games.

“My dad was more of a runner. I really take pride in being able to throw the ball at a high level.  It helps back guys up when I actually need to run.”

It is one thing to hear stories and to watch film of their dad playing college or NFL football, but the Destrehan senior actually got to experience watching his dad play in Tiger Stadium when he was a little kid. Those memories of being around one of the best college football programs in the country and being around all of his dad’s teammates in the locker room already gave him a leg up in terms of actually knowing what it takes to be a part of a successful college football program starting at an early age.

“Definitely! I remember a lot, being on campus with my dad. Saturdays were always fun. Being on the field, big lights, and maybe a hundred thousand people yelling. It was like a movie. I could never forget!”

Experiencing what his dad went through after a great career at LSU, Eugene Jr. took his father’s advice and it has helped him apply to his own recruiting process. With other schools like Ole Miss, Mississippi State, Houston, Liberty, and Troy offering the three star prospect, listening to what the coaches and players had to say about each program really helped the second generation Destrehan star throughout this process.

“Coach JJ and Coach Hampton did a great job recruiting me. They were very honest guys from the jump, and I feel like I could play for anyone who would be honest with me. I also watched them coach live, and you can’t really recruit while your coaching, and it stood out to me.”

“Guys like Macon Clark and Noah Taliancich also played a major role in my recruitment. Those guys went to Destrehan, so I know they wouldn’t lead me in the wrong direction.”

Having those guys as resources made it a very easy decision for him to commit before the start of the season. Now, since the deed has been done, the Wildcats signal caller can focus on the season.

“Recruiting was one of those things you enjoy, but at the same time, you also have to get it out the way so you can focus, and now, I’m just focusing on the season ahead with my teammates.”

For Eugene Jr., it will not be hard to do so after the Wildcats came up just short of reaching the state championship game losing to the eventual Class 5A State Champion Zachary Broncos in the semifinals.

“Losing in the semifinals definitely made me want to win even more. Our demeanor and mindset has been different ever since.”

Being so close to accomplishing one of your goals and having to wait a year to try and accomplish that goal can eat at you, and it has driven the younger Eugene to have his best season yet.

“There’s always room to grow learning, but my pocket presence is something I’ve been trying to work. Trusting the five guys that block for me and delivering a good ball to my playmakers.”

Right now, Jai Eugene Jr. is focused on one goal, which is to win a state championship, but he does have his goals that he wants to achieve once he arrives on campus, and that is to play as early as possible, but also to get his college degree. For the Green Wave fans, he just wants to tell them that they are getting a talented Louisiana player that is deciding to stay home and represent his state.

“They are getting a guy who loves his home state and is ready to be on campus.”

Not a lot of Louisiana players get the opportunity to play at one of the state’s five Division I FBS football programs so for him, he is very grateful for the opportunities that are given to him.

“First, I would like to thank God for the opportunity and the position he’s put me in. I want to thank my parents, and bonus parents who look out for me, and anyone else who’s apart of my journey.”

Although the first thing that comes to mind when they think of Jai Eugene Jr. is that he is the son of the former LSU National Championship defensive back Jai Eugene Sr., one thing is for certain, and that is Jai Eugene Jr. is making his own name in the football world. 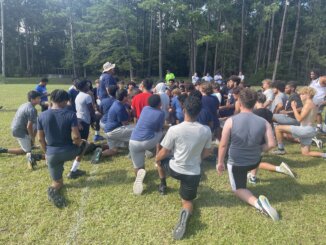 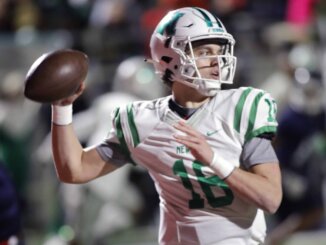