In the previous two installments, former RPFL players gave interviews. This installment deals with one particular team: The Akron Blaze. When the RPFL started, Akron seemed like a natural fit for CEO Quentin Hines. Hines finished his college football career at the University of Akron. He built plenty of good will in that city, only to see it crumble. In future installments, former Blaze Head Coach Gary Hutt will sit down for an interview.

In the previous two installments, former RPFL players gave interviews. This installment deals with one particular team: The Akron Blaze. When the RPFL started, Akron seemed like a natural fit for CEO Quentin Hines. Hines finished his college football career at the University of Akron. He built plenty of good will in that city.

Q: When did things degenerate for you there?

A: Things started to go a bit south when we didn’t even sign a contract. We were told the first day of practice what we would be getting paid per game. Coach Hutt would know the exact amount but if I recall it was around $200 a game. Not based on incentives at the time. The issued arose when each practice we were told from our coach that we were get paid less, then next practice we were told that we were going to get even less. Then to the point when one practice that we were not going to get paid at all based off the fact Quinton spent too much money on the first game at Akron and transportation of all the teams to go to Akron and then go to Detroit.

Q: Did you ever see a bounced check?

Taggart: Ha-ha. No one ever ended up receiving a check. I can’t even say Gary ever did either. Quinton still owes money to one of the high school fields that we used as our home field for the remaining home games after Akron. He still owes the school for use of the field and everything $500.

Q: How did the Blaze fold?

Taggart: Well as the season progressed and we all realized we were not getting paid a cent. A lot of the players started to leave, as did I. Some coaches even left when they were told they were not getting paid. Coach told us it was a mess and he understood if we wanted to leave. Every week it seemed to have been something that was going wrong. On the last game there might have been only a handful of players that were on the actual Blaze team. Coach Hutt scrambled together to find replacement players to fill the team to play the last game.

Q: Coach Hutt said the RPFL damaged his career. How?

Taggart: Coach Hutt was a successful and well known coach in the Akron area catching at Coventry High School manly and be well liked by the community. So when he was hired on to be the coach it was a big deal for the area since Coach Hutt was involved. Once Quinton started to lose control of each week Coach Hutt would try bandage it up whether it was trying to find his own sponsors like, spending his own money, getting the community behind the team that eventually embarrassed the community. His connection at Coventry High school is why we needed up playing our home games at the stadium. There is an outstanding balance at the school for field use.

Q: How much does the RPFL owe players?

Q: What one incident sums up the RPFL to you?

Taggart: The first time we went to Detroit to play a game. We bused up to the game. We get off the bus to this locker room which couldn’t hold all of us players and coaches, many going outside to change in front of fans walking by. When our uniforms arrived, we were told that we had to wear these black pants that had pads fitted inside already, instead of our regular black game pants. Our original black pants had been worn the day before for a football game by another team and they have not been washed and cleaned. The locker room was a joke to where we couldn’t get hot water to take a shower after the game. The toilet did not work properly either.

In this video of an alleged press conference, Hines bashes semipro, but uses familiar language. Watch the entire footage; focus on 3:30-3:41. He mentions semipro players changing clothes on the sideline, in the above answer; Taggart mentioned doing the same while playing in the RPFL. https://youtu.be/BlqNATkSAlo

I would gladly speak to anyone regarding this scam and how fraudulent Quentin Hines actually is.  My husband was contracted to be the Offensive Coordinator for the Akron Blaze in 2014, along with many of our close friends and fellow coaches, Gary Hutt was the head coach, and John Mick was our Defensive Coordinator and Rick Kaderly, General Manager.  At first, we all bought into this scam, thinking it would be a stepping stone for all involved.

The first sign of trouble was when we attended the Combine tryouts in Michigan; I actually assisted in timing the 40’s.  Quentin Hines hands me a piece of paper, no pen and no clip board to support, he said “Just act like your keeping count”, I literally had to find a piece of cardboard to support the paper, I have photos of this as well.  Quentin became agitated during one of the drills and totally blows up at some of the Volunteers and screams, “We are supposed to be professional”, he and his support staff literally were winging this whole show, they did not even have water for any of the players trying out, these young men all paid to show their skills and the whole day was just “awkward”.

My husband and coaching staff all attended the “Draft Day” in Michigan in April of 2014, this was supposed to be televised and the real deal, it was a flop, there was supposed to be a meal provided for this big showcase, turns out a case of water and a box of crackers were supposed to feel all 300 people in attendance.  Akron Blaze played one game the entire season; it was the season opener at The University of Akron, which was supposed to be our home field, well when Quentin did not pay for the use of the stadium that was it, no more.  Practice field was moved to Buchtel High School, many of the players were promised housing, not one of these young men was actually housed, some of our boys stayed with our Head Coach, Gary Hutt.  It was about this time that the Chicago Bearcat team was advised that their team was no more, they showed up for practice and were advised get your stuff and go home, no reason given.

My husband at this point was done, he had a written contract for $3500.00 and it was becoming quite clear that nobody was going to get paid.  The head coach did coordinate a game at our local Coventry High School, it consisted of the Akron Blaze (what was left of the team) and a coordinated Coventry Alumni team, of course Quentin had no uniform pants for any of the players, we contacted our local sports provider, Prime Time Sports, who provided the pants, which they were never paid, that was over $1500.00, Quentin never paid Coventry Local School District for the use of our stadium, which was $500.00 and to top it off, he charged for parking, AT OUR PUBLIC SCHOOL PARKING LOT, kids were supposed to be free admittance and that never happened either.

I cannot even imagine the trail of people and businesses that have been taken advantage of with this scam.  He is making a fraudulent living off a lot of young men’s dreams, he is a CROOK.  Quentin has obviously “unfriended” me on Facebook, I still remain friends with his wife Tasha.

We are not going to chase that fool around for a couple thousand dollars, we hold faith that eventually through word of mouth and social networking that people will become aware of, Akron and Coventry are pretty tight nit, that is exactly why he never brought the Akron Blaze back for a second season, we tend to keep things real and he knew better, I would have been the first one at any tryout and practice to let these young men know, save your money because this whole thing is a joke.

This invoice is for the use of a high school field that the RPFL has not paid. 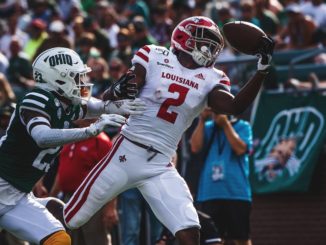 812 Comments on Broken Promises: Inside a Semi-Pro Nightmare, Part Three