The Southern Jaguars made the short drive to New Orleans to face the Tulane Green Wave in week 2 of the 2016 season. This was a home opener for Tulane in the still new Yulman Stadium and fans from both teams showed up and created a great game atmosphere for the Saturday night game. Since both teams were in close proximity to each other, it was easy for Southern fans as well as Tulane fans to attend the game and contributed to the 27,179 attendance for that night. The Jaguars fell to the Green Wave by a score of 21-66, but they still performed well and had some highlights during the course of the game.

The Jaguars completed 13 first downs and put up 335 total yards in the game. While Tulane had more total yards, it was through the air where Southern did their best work that night, creating 281 passing yards compared to Tulane’s 12. Quarterback Austin Howard had a good night passing when he completed 16 of his 27 passes and throwing for 267 yards. He also threw for 2 touchdowns and also threw 2 interceptions in the process. The rushing leader for Southern was Lenard Tillery with 13 carries for 39 yards. In the receiving game, Willie Quinn had a great night pulling 7 receptions for 129 yards and a touchdown. Quentavius Monday aided with the total receiving yards by catching 2 passes for 51 yards, with one of those catches for 43 yards.

Southern’s first score came from the hands of Austin Howard when he completed a few passes to Quinn to get down the field and then a completion to Dillon Beard for a 20 yard touchdown. At halftime, the Southern band played excellent in their usual fashion and motivated the fans as well as the players to perform for the rest of the game; they were also very entertaining. When the third quarter began, the Jaguars gave the southern fans something to cheer for when a pass from Tulane’s Cuiellette was intercepted by Danny Johnson of Southern and returned it for a 28 yard touchdown. This was Johnson’s third interception so far this season, he will be a player to watch on defense as the season progresses. A few minutes later in the third quarter, the southern fans were on their feet again after Howard completed a pass to Quinn for 42 yards down the field. Howard connected to Quinn again for the 21 yard score.

The Green Wave still proved to be too much for the Jaguars and still continued to score points on the ground resulting in the 66 points from Tulane, the most points scored at Yulman Stadium to date. Those who should also be commemorated for this game has to be the Southern fans, who showed up in large numbers, danced and cheered and supported their team all the way through the game. The Jaguars look forward to their home opener at A. W. Mumford Stadium against Alabama State, which will also be their conference opener. Southern will then end September play at Alabama A&M in Huntsville. 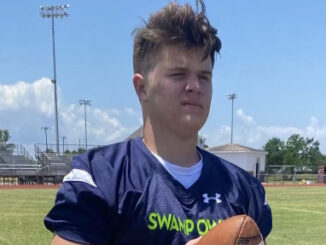