Head Coach Dennis Dunn answered several questions about spring practice, players that stood out, and who he thinks could have a breakout year for the Wildcats.

What was the biggest point of emphasis for the team going into spring practice?

I think the key to this spring has been the maturity of our leadership, our leadership has really stepped up.  Obviously in a season like last season, you’ve got to go back and evaluate top to bottom where problems arose and find solutions to those problems.

I think our offseason has been tremendous because we went back and focused on the little things, like accountability.  We made sure that guys that were in the program really wanted to be in the program and continued to want to be here.  I think we’ve eliminated a lot of the discipline issues. Academically is where we really stressed our accountability in terms of class attendance. All those things have gone to another level this offseason and we are certain that that will translate to success on the field.

What has it meant to to add Ben McLaughlin to the offensive staff?

Ben McLaughlin has been a huge plus for us. Ben has done a great job in coaching our quarterbacks, the entire offense really,  emphasizing simplicity, and concentrating on not sacrificing repetition by adding more substance to the playbook. Staying very simple has been the key and its paid off.

What can we expect from the Wildcat offense this season?

We’ve had some guys that have matured because they had to play last year as young guys.  Our entire offensive line returns except for one.  We feel like they’re a year better, they’ve gotten stronger, more flexible.  Having Aurren Cooksey back at running back is a huge plus, he was one of the top backs in the conference last year and a bright spot during last season.

The quarterback situation with Easton Melancon and D’Ondre Joseph really has been a fun competition to watch.  Certainly both of those guys have benefited from being under Ben’s tutelage.

Our receivers have all worked extremely hard on the offensive side as well, I think we’re going to score a lot of points, and be explosive and will be a typical Louisiana College offense.

How about the defense?

Coach Charles and the staff evaluated every player after every practice and really emphasized technique.  How our linebackers and defensive backs fit in the run game has been a real emphasis.  Had several guys stand out on the defensive side of the ball. Orel Ledet, Jr. was a big surprise for us as a freshman last year, we feel like he’s got potential to be one of the best thats ever been here, and thats saying a lot on the defensive side of the ball. We moved him from inside to outside linebacker, we think he’ll make a lot of plays from that position.

Whats the biggest question mark coming out of the spring?

The defensive line.  We’ve got some guys that have really worked hard. Cade Maxwell is a guy who we think can anchor that front, he’s had an outstanding offseason.  Jessie Provost is also huge plus for us coming off an injury.

Would you say it was a successful and productive spring?

We feel like we’ve found the solutions to any of the issues that we faced last year.  That was a season that was not typical of Louisiana College Football and where we feel like this program has progressed through the years.  We’re excited about the opportunity to be able to get back out on the field to show that the steps we’ve taken in the offseason to improve have made a difference.

On Friday fans will have the opportunity to get a first look at the 2016 edition of the Louisiana College Wildcat football team and be one of the first to secure their season tickets.  The Wildcats have 6 home games next year, and the schedule can be viewed at lcwildcats.net.

Each season ticket is $75 and comes with a parking pass. All season tickets are in the chairback reserved section. To pick a specific seat location, please call Jonathan Small at 318-613-6765 or email “Jonathan.Small@lacollege.edu”

For any questions about season tickets or the Wildcat Club, please call or email Associate Athletic Director, Jonathan Small.

Kings Impose Their Will 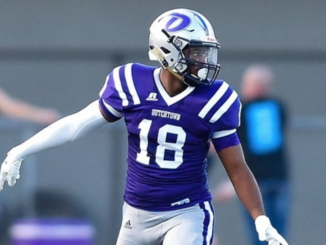 Diamond in the Rough: Lemanuel Turnipseed 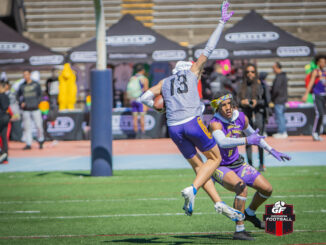