After the first two weeks having running backs as the top players in the state, we pick a quarterback as our number one top performer for Week 3 of Louisiana High School Football. He is Oak Grove High School sophomore quarterback Jackson Bradley. Like Lewis Ward from Episcopal High School, Bradley also set record setting numbers for a running first team in Oak Grove, and he did so against the defending Class 3A State Champion Sterlington Panthers in a 52-20 victory. He was 19 of 25 for 340 yards and three touchdowns throwing the football while also adding a rushing touchdown. All in all, the star sophomore accounted for 400 total yards of offense in one of the most impressive scores of the young season.

This week was our biggest one yet by far with 30 coaches sending nominations for Louisiana High School’s Gridiron Football Player of the Week. Since there were so many good choices after the top two, the rest of the 17 names are not in any particular order. To check out the whole Gridiron Football Player of the Week show (Week 3 edition), click below and join Jace, Andy, and Marcus as they give out the top performances in Louisiana from Week 3!

Note: (We had 20 performances that were worthy of being in the top 10. Because of that, we randomly drew eight names from the hat with the top two being our top two performances. The rest of the performances we thought were top 10 deserving are mentioned after the top 10.)

Newman High School senior QB Arch Manning proved why he is the number one quarterback in the nation and a current Texas commit last Friday night against Benton as he led the Greenies to an 18 point comeback with a 54-52 win over Benton. Manning completed 21 of 36 passes for 392 yards and four touchdowns with also a 35 yard rushing touchdown to boot. With that type of performance, who can possibly top that? Well, look at our number one performance above and find out.

(Number 3-20 is not in any specific order. These were just the 20 most standout performances of the week. The number one and two pick is in order and are our top two selections)

Berwick High School senior running back Jayden Milton had a huge night in a 40-22 win against Franklin High School with 20 carries for 247 yards and five touchdowns. He also had four more catches for 66 yards and another touchdown. Milton’s six touchdown performance helps the Panthers with a 3-0 start on the season.

Evangel Christian Academy senior safety Kody Jackson showed exactly why he is committed to play for the Ragin’ Cajuns in a 38-21 loss to defending Class 4A State Champion Westgate with six tackles, one interception, one forced fumble, one fumble recovery, and 100 yards of return yardage on special teams.

Erath High School senior defensive end Chase Broussard was all over the field in a 30-20 win against Catholic New Iberia with five tackles, four tackles for loss, two sacks, a fumble recovery, and a pass breakup.

St. Edmund High School freshman running back Kevon Johnson could not win Player of the Week again since he has already won the inaugural award in week one, but he follows with an even better performance this past Friday night in a 68-13 victory against Westminster Christian Academy in Lafayette with an outstanding 300 yards rushing and six touchdowns. Through the first three games of his varsity career, Johnson has ran for a staggering 781 yards.

Lakeview High School senior wide receiver Dillon Pikes only had four catches, but three of them went for touchdowns and he also added 191 yards receiving in a 38-6 win against Northwood Lena High School.

North DeSoto High School head coach Dennis Dunn is one of the top quarterback gurus in the state and it looks like he has another talented prospect coming up in freshman Luke Delafield, who completed 14 of 24 passes for 216 yards and five touchdowns in a 49-7 win against Loyola College Prep with all of those touchdown passes coming in the first half.

Mamou High School senior athlete Devin Ardoin had six carries for 36 yards and two touchdowns to go along with three catches for 101 yards and three more touchdowns. Not to mention he completed a pass for a two point conversion. Ardoin single handedly accounted for all of the team’s 32 points in a win against East Beauregard this past week.

Eunice High School senior linebacker Jesten Calloway was all over the field for the Eunice Bobcats with 26 tackles in the 50-28 loss to Avoyelles.

Other Top Ten Performances: These were also top ten performances that we talked about on the show, but since there were 20 top 10 performances, we selected the first half of those picks in the hat, which are the picks above and below are the second half of names we selected from the helmet that were also top ten worthy. These are also in not any specific order just the order in which the names were called on the show.)

This is the second straight week a Plaquemine High School defensive back made our Player of the Week list as last week Jaedan Paul had an great performance against McKinley. This week, it was his counterpart Shermar Carter, who had three tackles, two tackles for loss, two interceptions, 130 yards on the two interceptions including an interception for a touchdown, and one fumble recovery that was also returned for a touchdown in a 55-0 win against Tara High School.

All that Episcopal High School senior quarterback Lewis Ward did in a 49-20 win over Country Day this past Friday night was set a school record by throwing for 368 yards and four touchdowns with two of those touchdowns coming on the ground and two coming through the air. It was definitely a night to remember for one of the most underrated senior quarterbacks in the Baton Rouge area.

Homer High School senior running back Elyjay Curry was a catalyst on Homer’s incredible state championship run last year and is continuing to perform at a high level this year in a 49-24 victory over General Trass with 22 carries for 293 yards and four touchdowns.

Minden High School’s Jakobe Jackson is on this list because of what he did running the football as he ran for 231 yards and three touchdowns on 12 carries including an 88 yard touchdown run in the Crimson Tide’s 39-27 win over North Webster.

East Iberville High School senior athlete Trey Perkins really had a top three type of performance against Magnolia School of Excellence, but this week has been so tight with all the crazy performances and that’s why the order has been random for this week only. In a 51-6 victory over Magnolia School of Excellence, Perkins had huge stat lines on both sides of the football. On offense, he had 209 yards rushing and three touchdowns while also having a four yard receiving touchdown. Then, on defense, he had three interceptions to complete a dominant game on both sides of the football.

Kaplan High School senior fullback Caden Campisi had 26 carries for 269 yards and three touchdowns as the Pirates’ bell cow in a 40-14 victory over LaGrange High School.

Lakeside High School senior wide receiver Josh Sebald was the top target for the Warriors with eight catches for 167 yards and three touchdowns in a 46-6 win over Plain Dealing.

Green Oaks High School senior cornerback Fred’Travious Benjamin had five tackles, two interceptions including one returned for a 35 yard touchdown, and also caught a two point conversion as a receiver in the Giants’ 28-6 victory over Booker T. Washington.

Springfield High School junior running back Jatoris Buggage had a big time performance with 297 yards rushing and four touchdowns plus two two point conversions to account for the team’s 28 of 52 points in the Bulldogs’ victory against Albany.

Dutchtown High School senior athlete AK Burrell has become the team’s top playmaker after the program’s all-time leading rusher Dylan Sampson signed with Tennessee. Burrell had only six carries in the team’s 35-14 victory over Covington, but he made the most out of those carries with 112 yards and three touchdowns. He also had six tackles and two pass breakups on defense as well as three returns for 72 yards on special teams.

All of these names have been submitted by high school coaches. For week four, if there is a player that you want to nominate for Gridiron Football’s Louisiana Player of the Week, please make sure to fill out the form that is either emailed or texted to you by Jace LeJeune later this week.

Once again, thank you to all the high school coaches that submitted their player nomination for week three! 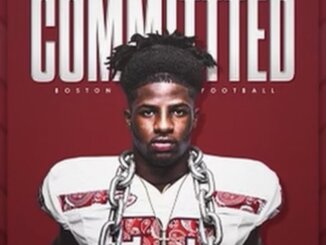 Diamond in the Rough: Christian Zamor 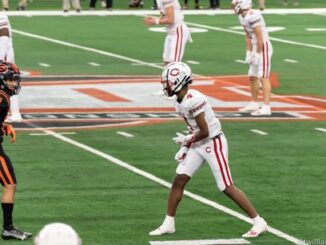 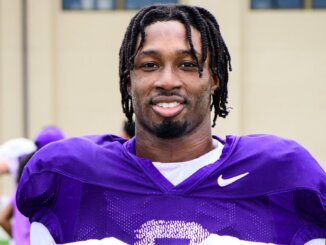