In the shadow of the capital in Baton Rouge, Louisiana, lies a small high school football program. This “small” program has won multiple state championships, faced diversity, and has clawed themselves to the top of the state in football. I am speaking of the Southern Lab Kittens. “The Southern Lab Kittens has always had a rich athletic history. Dating back to guys like Chuck Wiley, Marcus Spears, and Chad Jones. It is great to see that tradition continue,” said J.K. Lee, JK Lee Sportz. The Kittens are off a 2021 State Football Title, a 2022 Boys and Girls Basketball Title, and now they have joined one of the elite groups in all of football. Three of their former players have been selected to play in the NFL 2022 class. Is a coincidence that all three players played on the last state championship team for the Kittens? What is in store for this team for the future?

During the high school careers of Ty Davis-Price, Chris Allen, and Damone Clark, they faced a huge hardship in the 2017 season. They lost their head coach in August due to “recruiting violations.” Coach Randall was accused of violation the LHSAA rules for recruiting so he was terminated form the school. Randall has since been exonerated of the charges following an investigation. The players from that team has since told me how much that had hurt each of them since they all loved their coach. “Football has taught me about overcoming adversity because…my teammates and I had to learn how to keep our heads up and work even harder to achieve our goals,” Ty Davis-Price.

Adversity is nothing new for the Kittens. Southern Lab is a Historical Black High School in Baton Rouge. Southern Lab is on the campus of the Southern Jags, an HBCU that plays in the SWAC. This school has faced many challenges over the years. From a lack of funding, lack of support from the state, and a lack of respect. Only recently has this school started to gain noteriety after overcoming so much diversity.

With three former players selected in the 2022 NFL Draft class, Southern University Lab School is now beginning to shed the troubles of the past. With the 2022 NFL Draft in the rear view mirror and now 3 state titles in the 2021/22 school year, it appears that The Southern Lab kittens are here to make a stand and they are not going away quietly.

Drafted by the San Francisco 49ERS in the 3rd round with the 29th pick.

Ty was a 4-star prospect out of high school by 247 and rivals, and ranked as the #2 running back in Louisiana by Gridiron Football. Ty is a pure power back and downhill runner. He has great speed and will be competing with Elijah Mitchell (fellow Louisiana player) for playing time. Ty completed the 2021 season with 1,003 rushing yards with 6 TDs with a career rushing yardage of 1,744 with 15 TDs while at LSU.

Drafted by the Dallas Cowboys in the 5th Round with the 33rd pick.

One of my NFL Sleepers in the 20222 Draft. Clark underwent back surgery after the NFL Combine, but has since been ahead in his recovery. Clark has all the intangibles to be an elite Linebacker in the NFL. He has had some of the best mentors in the game. Damone told me that he talks to Devin White (1st rd pick Tampa Bay Bucs) and Patrick Queen (1st rd pick Baltimore Ravens) and continues to seek advise from the best. Clark was a 3-star prospect out of high school by 247 and Rivals, but a 4-star prospect by Gridiron Football when he signed at LSU. Damone finished his Senior year at LSU as the SEC leader in Tackles and #2 Nationally with 135 totals tackles. He also had 15.5 tackles for a loss, 5.5 sacks, 2 forced fumbles, and an interception.

Was an Undrafted Free Agent signed by the Denver Broncos.

One of the best edge rushers in college football in 2020 with 13 tackles for a loss (led SEC) and six sacks. He made the All-SEC Team in 2020 after an unremarkable season. Chris, like Damone is another one of my 2022 sleepers. His draft stock fell after a foot injury sidelined him during the 2021 season. The Broncos already have a deep edge rusher field, however Chris has a chance to come into the clubhouse and make a statement. He signed a massive UFA deal with $180,000 in guarantees.

These three Baton Rouge natives will make a huge impact in the coming years in the NFL. I believe that is is just the beginning of something special to come out of Baton Rouge, Louisiana. Look for the Kittens to continue to dominate in the LHSAA Class IV Division for the coming years. 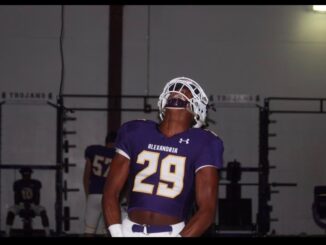 Diamond In The Rough: Jermaine McNeal 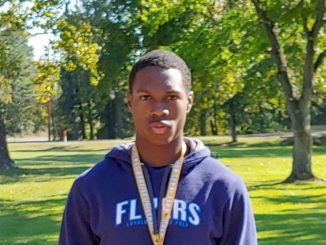 Diamond In The Rough: Joshua Jackson